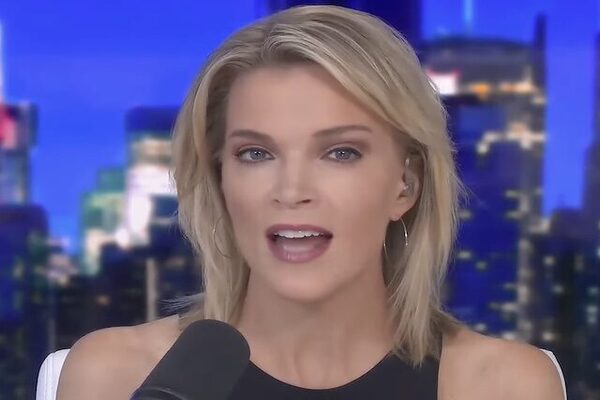 (breitbart) – Journalist Megyn Kelly observed Thursday that while there had been investigations, lawsuits, and indictments surrounding Donald Trump — including a New York State civil lawsuit against his children this week — the Biden family was untouched.

“Lots of indictments of Trump — not a one on Hunter Biden,” Kelly quipped.

Citing former FBI agent Timothy Thibault, who has become a whistleblower, Kelly noted that former Biden business associate Tony Bobulinski said that after the FBI interviewed him for several hours, he never heard from them again regarding his explosive allegations that Joe Biden and his son, Hunter, had sought to create a joint venture with a company liked to the Chinese Communist Party regime, and that the elder Biden — the “big guy” — was to have received 10% of the equity.

Kelly tackled the media’s double standard generally with regard to Hunter Biden and Ashley Biden, the president’s daughter, during The Megyn Kelly Show on SiriusXM Triumph 11, with Breitbart News’ senior editor-at-large Joel Pollak and The Intercept’s Ryan Grim as guests.

Kelly invited Pollak and Grim to discuss the legal and ethical issues surrounding Ashley Biden’s diary, which conservative journalist James O’Keefe’s Project Veritas obtained during the 2020 election but ultimately decided not to publish. The diary, which contained a passage suggesting inappropriate sexual behavior by her father, Joe Biden, was ultimately leaked and was published by another outlet. The FBI, however, raided O’Keefe’s home last year, raising concerns about press freedom.

Observing that the media had reported the O’Keefe raid, but ahad voided the substance of Ashley Biden’s diary, Kelly noted the double standard, under which the media would “not delve into what is it about this diary that makes it so explosive.”

Pollak, agreeing with Kelly, pointed out that New York Attorney General Letitia James had brought a civil lawsuit against Trump’s three adult children, but there had not yet been any legal action over evidence of Hunter Biden’s alleged corruption and his father’s links to it.

“I think there is a double standard, and it’s reinforced all the time,” Pollak observed. He added that there were serious First Amendment implications in the FBI’s apparent targeting of O’Keefe, and in the odd leaks of documents from Project Veritas to the New York Times in the aftermath of the raid, even as O’Keefe was suing the Times for defamation in a separate case in state court, prompting the appointment of a special master to review materials seized by the FBI.

Kelly agreed: “We now know that the grand jury had already opened an investigation into Hunter Biden as early as 2018, prior to the laptop coming onto their radar,” she said. “And yet here we are, 2022, closing it out … nothing on Hunter Biden — nothing.”

Hunter Biden is the subject of a brand new narrative film, My Son Hunter, marking Breitbart’s expansion into film distribution. The film was directed by Robert Davi (Goonies, License to Kill, Die Hard) and stars Laurence Fox (Victoria, Inspector Lewis, The Professor and The Madman) as Hunter Biden; Gina Carano (The Mandalorian, Deadpool, Heist) as a Secret Service agent; and John James (Dynasty) as Joe Biden. It was produced by Phelim McAleer and Ann McElhinney (Gosnell movie, FBI Lovebirds: Undercovers) from the Unreported Story Society. The film is available RIGHT NOW for Streaming and Downloading at MySonHunter.com. The trailer below has been viewed almost 5 million times across social media.