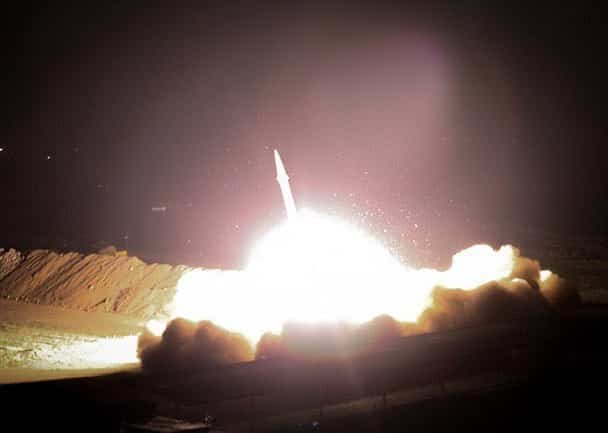 (Gateway Pundit) – A journalist from Iran’s Tasmin News Agnecy posted a photo of a missile launch with the translated caption, “Urgent /// Bismillah al-Rahman al-Rahim begins to avenge the firing of Iranian ballistic missiles at the Iraqi base in Iraq, which is home to US forces.”

UPDATE: Photo is from 2017, but missile attacks are real.

Video claims to show launch (from a distance) of Iranian missiles, “The first film of Operation # Revenge”.

“the operation #اننقام_سخت Dozens of ballistic missiles were fired using the code “Ya Zahra”.”

“According to a Fars News Agency defense correspondent, some news sources report heavy attacks by Islamic Revolutionary Guard Corps aerial ballistic missiles on the US base in Iraq’s Ein al-Assad base.”

Longer version of video by Fars:

Fox’s Jennifer Griffin reports missiles launched by Iran at US all over Iraq.