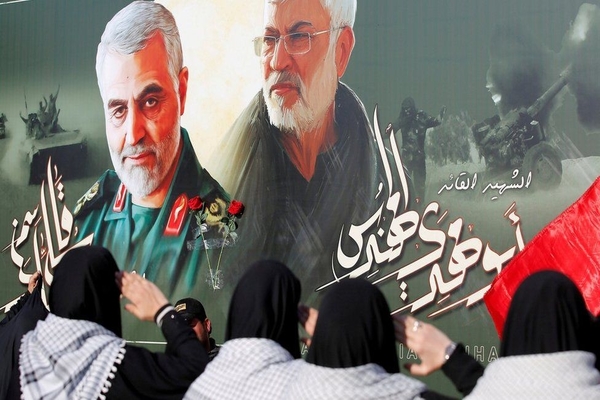 (breitbart) – Iran blamed Israel on Monday for a sabotage attack on its underground Natanz nuclear facility, vowing for the second time in a matter of months bloody revenge against those it holds responsible for an “act of terror.”

Israel has not claimed responsibility for the attack however as Breitbart News reported, Israel’s Mossad spy agency was blamed by some for the power cut on the nuclear site, which came hours after the site began enriching uranium at high speeds.

Tehran “reserves the right to take action against the perpetrators,” the country’s nuclear chief Ali Akbar Salehi said according to state TV.

He called on the international community and the International Atomic Energy Agency (IAEA) to fight “nuclear terrorism.”

If Israel was responsible, it would further heighten tensions between the two nations, already engaged in a shadow conflict across the wider Middle East with Iran claiming its military stands ready to strike at any time.

Israeli Prime Minister Benjamin Netanyahu, who met Sunday with U.S. Defense Secretary Lloyd Austin, has vowed to do everything in his power to stop the reviving of the nuclear deal.

At a news conference at Israel’s Nevatim air base Monday, where he viewed Israeli air and missile defense systems and its F-35 combat aircraft, AP reports Austin declined to say whether the Natanz attack could impede the Biden administration’s efforts to re-engage with Iran in its nuclear program.

“Those efforts will continue,” Austin said. The previous American administration under Donald Trump had pulled out of the nuclear deal as brokered by former U.S. President Barack Obama, fulfilling an election promise to do so.

Last November Iran also promised revenge against Israel and those responsible for the killing of Mohsen Fakhrizadeh, considered the country’s top nuclear scientist.

“The blind-hearted enemies of the Iranian nation, especially those who designed, perpetrated and supported this crime, should know that such crimes will not undermine the Iranians’ will and determination to continue this glorious and powerful path, and that a severe revenge and punishment is put on the agenda,” Salami reportedly said.

Salami made clear his threat was directed at Israel, calling the scientist’s death a “terrorist crime designed and directed by the fake, terrorist and infanticide Zionist regime.”