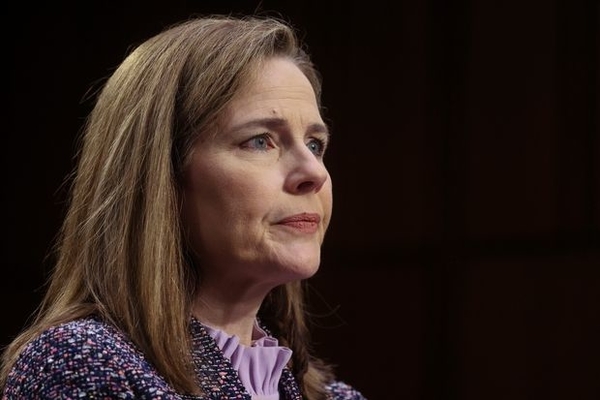 (dailyconservative) – The Senate is now scheduled to vote to confirm Amy Coney Barrett to the Supreme Court on Monday, October 26, just eight days before the 2020 presidential election.

“We will be voting to confirm Justice-to-be Barrett next Monday and I think that will be another signature accomplishment in our effort to put on the courts, the federal courts, men and women who believe in a quaint notion that the job of a judge is to actually follow the law,” Senate Majority Leader Mitch McConnell (R-KY) said after the Senate Republicans’ weekly lunch.

The vote will come just about a month after President Donald Trump nominated Barrett to be a justice on the high court and fill the vacancy left when Ruth Bader Ginsburg died September 18.

McConnell said that he knows he has the votes to confirm Barrett; only two Republicans have said they won’t vote for her, which means that 51 senators will vote to confirm.

He noted that several days of confirmation hearings showed that Barrett had the “sheer intellectual horsepower that the American people deserve to have on the Supreme Court.”