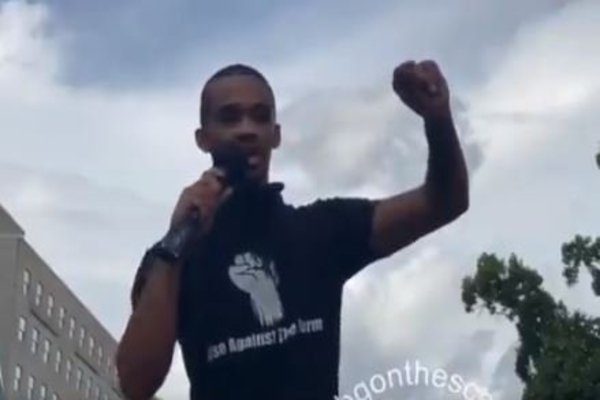 (thegatewaypundit) – The Black Lives Matter leader from Utah made it to Washington DC for a rally and march on Friday.
(Rand Paul said they were funded and sent here from out of state!)

During his time with the microphone the Utah leader of Black Lives Matter John Sullivan called on BLM to “rip Trump from the White House!”

Mr. Sullivan then called for a “Revolution!”

That’s what they want.
That’s where this ends.

Attorney Lin Wood is urging Americans to “get prepared” because “The revolution has begun!”