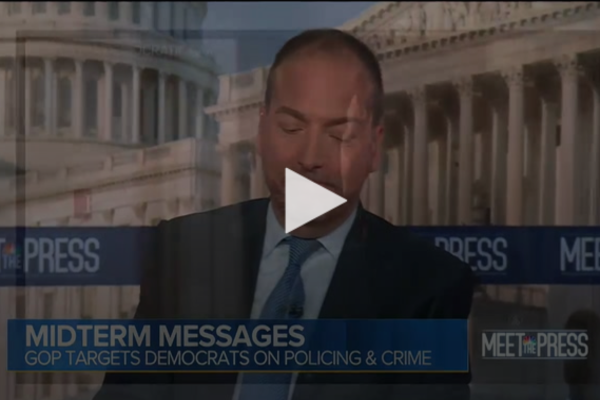 Psaki said, “I think that Democrats if the election is about who is the most extreme as we saw, you know Kevin McCarthy touch on there with Marjorie Taylor Greene, I’ll say her name, sitting over his left side, then they’re going to win. If it is a referendum on the president, they will lose. And they know that.”

She continued, “They also know that crime is a huge vulnerability for Democrats. I would say one of the biggest vulnerabilities. And if you look at Pennsylvania, for example, what’s been interesting to me is it’s always you follow the money, and where people spending money.”

Psaki added, “In Pennsylvania, the Republicans have been spending millions of dollars on the air on crime ads against Fetterman because that’s where they see his vulnerability. So, yes, the economy is hanging over everything. But you do have to look at state-by-state factors. And crime is a huge issue in the Pennsylvania race.”