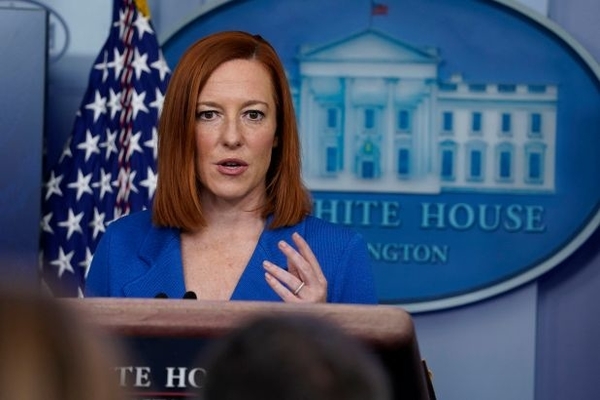 Screenshots of Psaki’s tweets, some as recent as last year, were shared by conservative commentator Jack Posobiec. In a February 2020 tweet, in response to one user who responded sarcastically to a tweet she had shared from her personal account, Psaki claimed “Trump supporters are the worst no [question].”

Psaki wrote in 2017, “Important to remember Flynn is the tip of the iceberg. Russia ties with Trump team, and interest in creating chaos in US are ongoing.”

Later that year, in May, Psaki wrote, “Comey and Russia was a factor. It was not the only factor. Masogyny [sic] is real. [U]nderrated-Dems loss of connection with people struggling.”

Another 2020 tweet from Psaki referred to Sen. Lindsey Graham (R-SC) as “Lady G” as he questioned Former Deputy Attorney General Sally Yates during her testimony before the Senate Judiciary Committee on the Trump-Russia investigation.

“Only in 2020 does #LadyG get to push a bunch of debunked conspiracy theories while questioning @SallyQYates (aka an American hero),” Psaki wrote.

Prior to her current role in Joe Biden’s White House, Psaki served in communications under President Barack Obama and as a spokesperson for the United States Department of State.

Psaki recently addressed the growing social media mockery of her repeated promises to “circle back” on tough questions, telling reporters on Monday, “I hate to disappoint conservative Twitter but I’m going to circle back on a number of things as we often do directly.”

A report from the left-wing Daily Beast on Monday stated that Biden staffers had previously prescreened reporters ahead of Psaki’s briefings to see what they plan to ask the White House press secretary.

As reported by Breitbart News, the outlet cited “three sources with knowledge of the matter” and “written communications” that revealed that the Biden administration has “already on occasion probed reporters to see what questions they plan on asking new White House Press Secretary Jen Psaki when called upon during briefings” less than two weeks into the new administration.