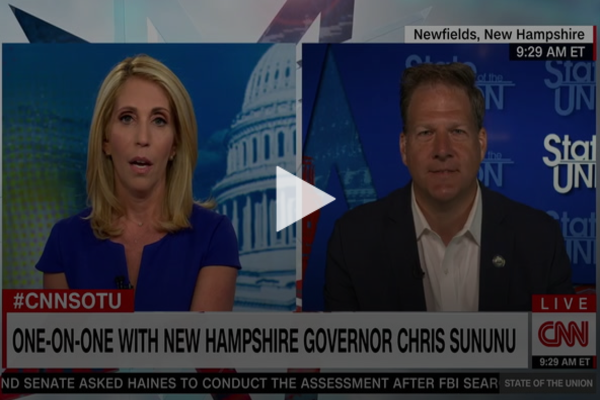 Anchor Dana Bash said, “Governor, I want to ask about something President Biden said during remarks at a closed DNC reception this past week. He criticized what he called a, quote, ‘extreme MAGA philosophy’ in your party. He said, quote, ‘It’s almost like semi-fascism.’ Do you see semi-fascism in your party?”

Bash said, “You don’t see any elements of that at all in your party?”

Sununu said, “Look, you can see elements of fascism and white supremacy in America. Let’s own that as Americans, no doubt. We can say all the Democrats are communists. They’re all ultra-socialist communists that want to bring down our capitalistic market. That’s not true, either. When we allow ourselves to talk in these extremes, we polarize the country. We bring people further apart. If I remember, this was the guy, the candidate at the time, to be president that said he was going to bring everybody together, and then to call half of America fascist, come on. He owes an apology. That’s not appropriate. That isn’t leadership.”