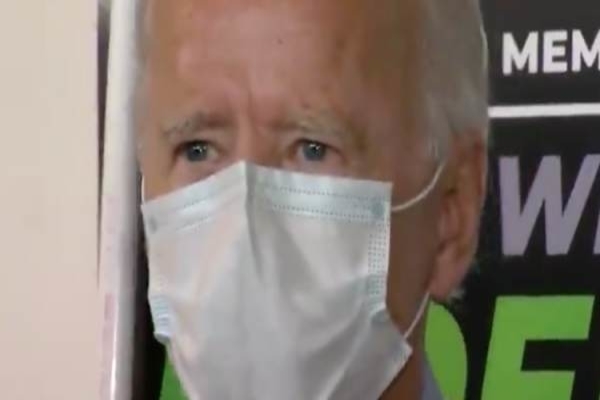 (thegatewaypundit) – This is one of the reasons why Joe Biden’s handlers rarely allow him to leave his basement bunker.

Biden on Monday became visibly irritated after a reporter asked him about his flip-flopping on fracking.

Last week Biden claimed during his Pittsburgh speech: “I am not banning fracking! No matter how many times Donald Trump lies about me!”

However, Biden has repeatedly promised he will ban fracking.

Now he’s changing his tune because the internal polling is telling him to.

“I never told the environmentalists that I’m going to ban fracking, period! Number one. Number two, it’s a flat lie about what President Trump is saying.”

Here is Biden repeatedly promising to eliminate fracking…roll the tape!

He actually claimed it is Donald Trump who wants to defund the police!

“The only person calling to defund the police is Donald Trump,” Biden said before calling Trump “pathological.”

Biden previously said he would “yes, absolutely” agree to divert money away from police departments.