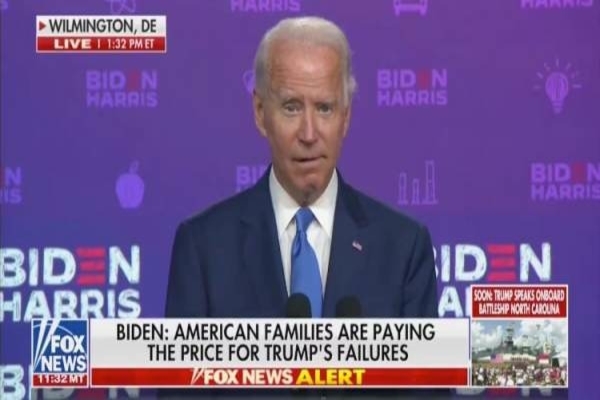 Johnson said the “troubling” findings show the former vice president has been caught in “a lie” by denying having spoken with his son about his dealings in Ukraine.

“As far as we can tell, there is only one person in the Obama administration that actually talked to the vice president about it,” Johnson advised. “Amos Hochstein, who was a special envoy over to Ukraine actually did talk to the vice president about how troubling this was, this conflict of interest, which, by the way, led the vice president then to talk to Hunter Biden to set up meeting with Amos Hochstein to talk about this. Now, remember, Vice President Biden famously in the end of 2009 said he’d never spoken to his son about overseas business dealings. This sure sounds like a conversation he probably had with Hunter Biden about his position on Burisma’s board. So, I am sorry to say I think we’ve caught the vice president in a lie, which by the way, I never believed that was true.”

“I think the vice president is going to have a really hard time explaining that — if he is ever asked and pressed on it,” he emphasized.