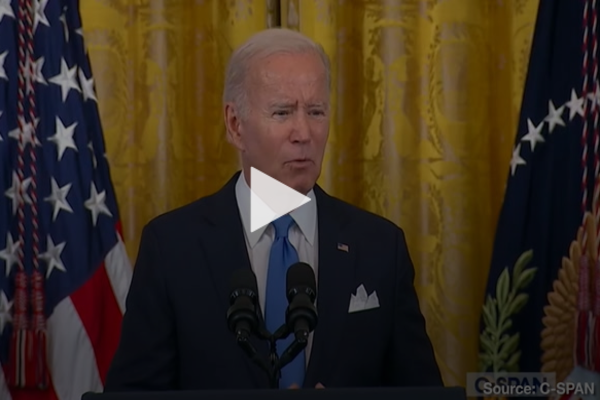 (breitbart) – It was supposed to be a celebration of Rosh Hashanah, the Jewish New Year.

Instead, Joe Biden stole the spotlight and made everyone listen to him spreading hoaxes about Donald Trump. What in the world could have made Joe think that this is how these people wanted to spend their holiday?

With friends, family, and a raving old man.

The hoax? The famous “fine people hoax,” which claims that Trump praised neo-nazis in August 2017.

The Jewish New Year is supposed to be a time of repentance for past sins, especially the sin of “evil speech.”

Biden repeated the hoax, and committed that very sin in front of a horrified Jewish audience. It was “the lowest of the low” according to the Jewish Virtual Library:

One who tells disparaging things that are false is referred to as a motzi sheim ra, that is, one who spreads a bad report. This is considered the lowest of the low.