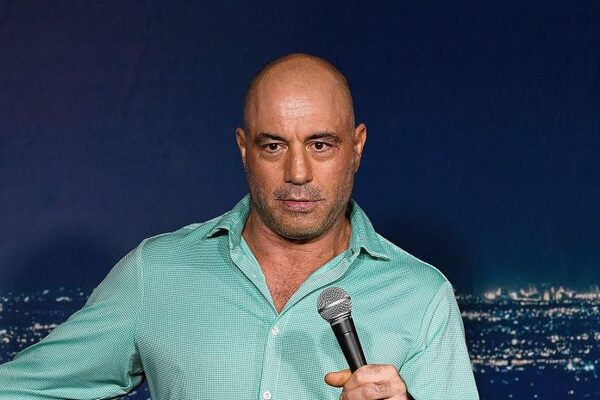 (breitbart) – Joe Rogan doesn’t want former President Donald Trump as a guest on his podcast “The Joe Rogan Experience,” saying “I don’t want to help him.”

In a recent interview on “The Lex Fridman Podcast,” Rogan revealed that he has had the opportunity to interview Trump a number of times but has always turned down the chance.

Joe Rogan conceded that Trump has a good chance of winning back the presidency in 2024 because President Joe Biden is essentially senile.

“Well, he’s running against a dead man,” Rogan said when asked about Trump’s chances. “Biden shakes hands with people that aren’t even there when he gets off stage. I think he’s seeing ghosts.”

He said Biden’s recent appearance on ABC’s Jimmy Kimmel Live was an embarrassment.

“He was just rambling,” Rogan said. “If he was anyone else, if he was a Republican – if that was Donald Trump doing that – every fucking talk show would be screaming for him to be off the air.”

Joe Rogan then quickly denied that he is backing Trump.

“By the way, I’m not a Trump supporter in any way, shape or form. I’ve had the opportunity to have him on my show more than once. I’ve said no, every time,” he said.

“I don’t want to help him,” Rogan added. “I’m not interested in helping him.”

Host Lex Fridman said, “The night is still young. We’ll see… I think you’ll have him on.”