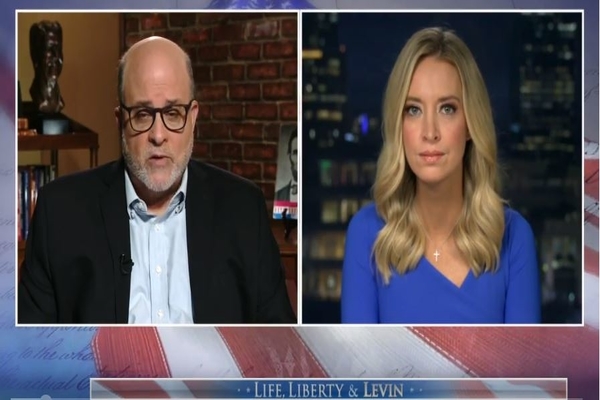 “These Democrat secretaries of state, I can’t express enough, Mark, what they have done,” McEnany, who is also a Trump 2020 campaign adviser, told host Mark Levin. “I recall when our campaign lawyers came to the president, this was months ago, saying ‘Look at what they’re doing across the country. They are redesigning a system like [Commonwealth] Secretary [Kathy] Boockvar out in Pennsylvania saying you can receive ballots up to three days after Election Day [and] no, they don’t have to be postmarked …

“Then she changes her guidance and it takes [Supreme Court] Justice [Samuel] Alito to rebuke her. They were consistently misrepresenting their opinion, changing deadlines, designing a system to prop up Democrats and Joe Biden,”

McEnany added that the Trump campaign has located plenty of “people who are really willing, in their own handwriting, to write down their allegation, put their name down, sign their allegation with a notary there [and give] sworn testimony under penalty of perjury.”

“What is remarkable,” McEnany added, “is the consistency with which the affidavits read of poll watchers being pushed out in Michigan, literally physically pushed.

“One young woman [was] called the c-word. Another one of our poll watchers, who was a man of Chinese descent, [was] being yelled at and [told], ‘Why are you here? You’re not an American.’ And when he said, ‘I am an American,’ he was … shouted down for five minutes,” she went on. “These people deserve to be heard.”

Later in the program, The Hill media columnist Joe Concha castigated the mainstream press for urging President Trump to concede the election to Democrat Joe Biden.

“[Hillary Clinton] said over and over again — and I got that she conceded right after the [2016] election — But then she went on a four-year public therapy tour talking about how the president of the United States is illegitimate,” Concha reminded viewers.

“And then she had this to say just a couple of weeks ago [in August]: ‘Joe Biden should not concede under any circumstances, because I think this is going to drag out, and eventually, I do believe he will win if we don’t give an inch and if we are as focused and relentless as the other side is’ …

“Now, President Trump is literally conducting himself and his campaign and his legal team in that exact fashion,” Concha concluded, “and he’s being told, ‘You need to concede now, this is bad for the country.’ It’s an absolute joke and it’s absolutely sad, Mark.”