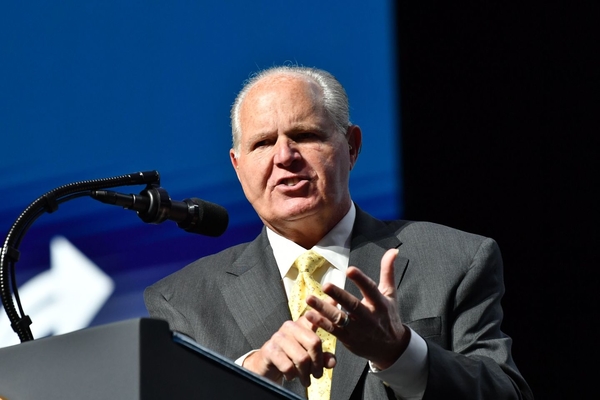 (breitbart) – Ann Coulter, author of Resistance Is Futile!: How the Trump-Hating Left Lost Its Collective Mind, reflected on Rush Limbaugh’s legacy and her relationship with him in an interview on Friday’s edition of SiriusXM’s Breitbart News Daily with host Alex Marlow.

“It was significant that he was so, so hilarious,” Coulter said of Rush Limbaugh. “He created this new forum. It’s 1920s technology, but to have funny right-wingers having talk radio and taking calls — that sort of thing — it’s all from Rush, and that, besides Breitbart.com [is] pretty much the only way right-wingers can get news so professionally.”

Coulter added, “Rush was groundbreaking, as was [Matt] Drudge, and I, think, [Andrew] Breitbart. Many imitators, none his equal. … Rush and Drudge were about 70 percent of my social life for five or six years in the 2000s after Slander came out, and he was a really wonderful person.”

“Rush was absolutely one of a kind, and personally a very, very generous person,” Coulter remarked.

Limbaugh exemplified how professional excellence can and should be achieved in line with one’s idiosyncrasies, Coulter assessed.

“We used to have my birthday dinner at his house every year — Rush, Drudge, and me — and he would cook my favorite meal,” Coulter said. “One of the most exciting things for me — because I’m a Scot, and for Drudge because he doesn’t drink — was that you would never go to Rush’s house for dinner [where] he wouldn’t be opening some fancy $800 bottle of wine, probably the only wine Drudge ever liked.”

Coulter shared, “I remember the first time I heard him. Someone had told me about him. I was working at a law firm at the time. I was at home sick for a day. I tuned into his radio station, and I’m lying in bed sick, laughing out loud. I think it was the Teddy Kennedy song he was doing where he’s drowning the girl at Chappaquiddick.”

“He was so funny and seemingly fearless,” Coulter concluded.

Marlow replied, “He had a gleefulness when he was pissing off all the right people. … It’s such an important lesson. It’s the number one lesson you could have, is to have a great time when you’re messing with the worst people in the country, which is what Rush did as well as anyone.”