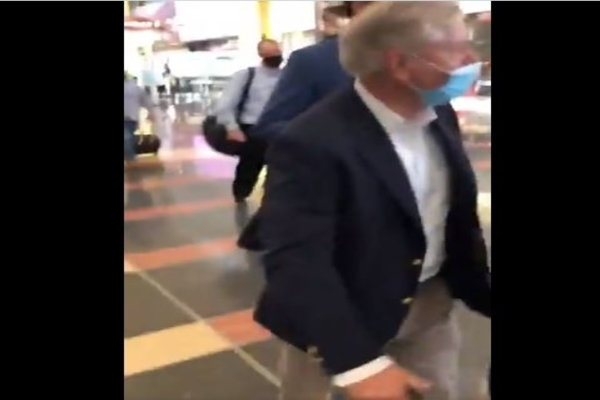 Graham, who serves as chairman of the Senate Judiciary Committee, shared a video of the encounter to his Twitter page.

“I arrived in DC today & was confronted by 2 women – one of whom was from Seattle – who called Judge Amy Coney Barrett a racist & unqualified,” Graham wrote. “This is the modern left, hostile & unhinged. I won’t be intimidated. I can’t wait to #FillTheSeat.”

“Look me in the eye,” said one of the unidentified women.

“Where are you from?” Graham replied. “Seattle,” she responded.

“Seattle’s a good example of how things are getting out of control,” Graham said in reference to the violent protests that have broken out in the major Washington city.

Upset with what he had to say, one of the women said, “You’re an example of how things are getting out of control, sir.”

Graham was then forced to comment on Barrett after the woman claimed, “You’re gonna make my children, my daughter, who has stood on the shoulders of giants, you’re gonna take her rights away by voting for this woman who is a racist?”