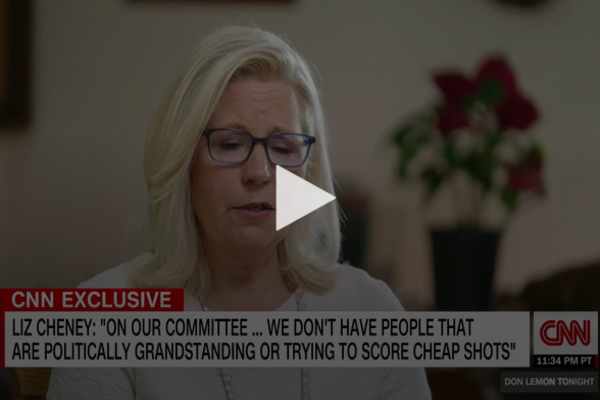 (breitbart) – Representative Liz Cheney (R-WY) said Thursday on CNN’s “Don Lemon Tonight” that voters in the United States are ready for a female president when asked about a possible 2024 presidential run.

CHENEY: I represent every single person in this state and I believe that there are thousands and thousands of people across our state who fundamentally understand why it’s so important to have somebody who’s going to abide by their oath of office.

HUNT: There might be Democrats who would vote for a Cheney?

HUNT: Remarkable. You said in your Reagan Library speech men are running the world and it’s really not going all that well. Do you think voters in the U.S. are ready for a woman to run things?

CHENEY: Sure. Look, I think that one of the things that has been very moving for me over the course of the last year and a half has been the reaction of women, and not just the women who have testified, although, you know, we’ve seen the incredible bravery of people like Cassidy Hutchinson and Sarah Matthews. And Ruby Freeman and Shaye Moss, and Carolyn Edwards. It takes real bravery to stand up and tell the truth as those women have. And I think that’s been really important.

CHENEY: Dick Cheney is a big Liz Cheney supporter. I can say that.

HUNT: Is he encouraging you to run?

CHENEY: Listen, I talk to him every day about many things, and certainly his concern — look, like, I am right now — he’s really focused on this moment and on what’s happening. Both of us have just this real sadness, frankly, about what’s happening to our party and a real despair about how could it be that so many Republicans would refuse to stand up and tell the truth. And it is a scary moment for the nation.

HUNT: Or just like the record you reflect that you did not say that Dick Cheney is not telling you to run for president in 2024. Liz Cheney, thank you very much.