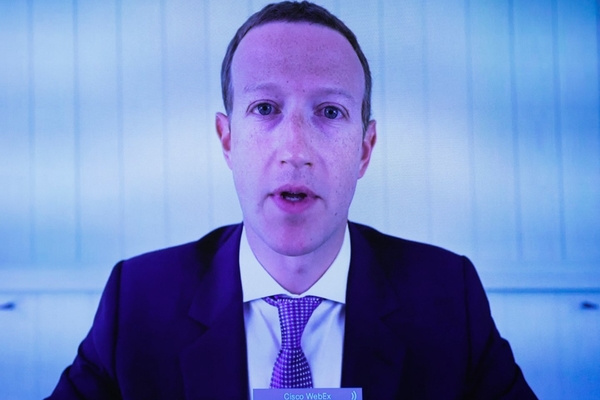 (breitbart) – Sen. Josh Hawley (R-MO) submitted questions Tuesday to Facebook CEO Mark Zuckerberg and Twitter CEO Jack Dorsey regarding their “coordinated censorship” and tracking of their users across the Internet.

Hawley revealed during a Senate Judiciary Committee hearing that Facebook uses a tool, called Tasks, that is allegedly used to collaborate with Google and Twitter to censor users across platforms.

Hawley also revealed the existence of a tool called Centra that tracks users across the Internet even when they believe they are anonymous.Senate Judiciary CommitteeVolume 90%

“Your companies are the most powerful companies in the world, and I want to talk about how you’re coordinating together to control information,” Hawley said during the hearing.

Hawley torched Zuckerberg during the hearing for dodging questions regarding the Tasks and Centra programs, charging it is time to take action against the “modern-day robber barons.”

Subsequently, Hawley sent follow up questions regarding the Centra and Tasks programs to Zuckerberg and Dorsey.

“10 more questions for the record for Mark Zuckerberg and @jack following their testimony to the Senate Judiciary Committee,” Hawley wrote on Tuesday. “The public deserves details on @Facebook’s⁩ ‘Centra’ tracking platform. And on Big Tech coordinated censorship.