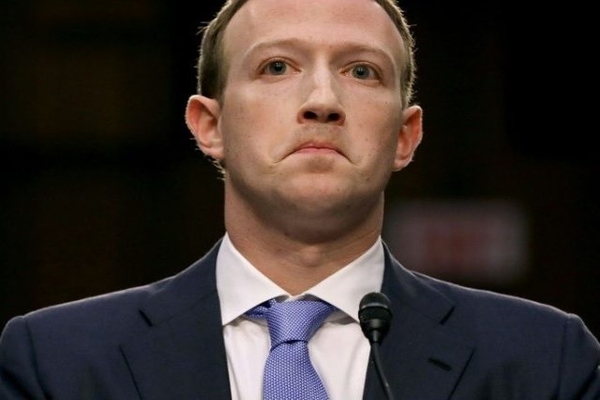 (breitbart) – Facebook reported its first-ever quarterly decline of daily users globally this week, sending its stock price plummeting by 23 percent in intraday trading on Thursday. The massive drop has wiped out approximately $200 billion in market value for Zuckerberg and his shareholders.

The Verge reports that this week, Facebook reported its first-ever quarterly decline of daily users globally. The company has seen a steady increase in users over the years with very little reason to worry about growth, which made the sudden downturn a shock to many.

Facebook stock dropped by 23 percent in intraday trading on Thursday, wiping at least $200 billion in market value from Mark Zuckerberg and the Masters of the Universe. Facebook (now Meta) reported flat user growth across almost all of its platforms including Facebook, Instagram, and WhatsApp last quarter, but even more worrying for the company was the loss of around 1 million daily users in North America.

The majority of Facebook’s advertising profit comes from North American users, so a loss of 1 million users shows signs of what could be a worrying trend for the company. This loss of users led to an overall decrease in daily Facebook users globally which a company spokesperson said was the first sequential decline in the history of Facebook.

For perspective, Facebook saw its daily users drop from 1.93 billion to 1.929 billion between quarters. The company is still extremely profitable, making almost $40 billion in profit in 2021 alone, but its also currently losing billions on projects like Reality Labs, the division responsible for the Quest virtual reality headset.

Facebook has bet big on the metaverse, rebranding itself as Meta and planning to usher in a new form of internet, experienced primarily via virtual reality. As such, the company is investing in the development of new VR headsets, VR software, and AR glasses. The Reality Labs decision lose around $10.2 billion last year with reported revenue of $2.3 billion.

On an earnings call on Wednesday, Facebook CEO Mark Zuckerberg said that the company’s next VR headset will be released in late 2022 and will be at the “high end of the price spectrum.”

Read more at the Verge here.

Lucas Nolan is a reporter for Breitbart News covering issues of free speech and online censorship. Follow him on Twitter @LucasNolan or contact via secure email at the address [email protected]