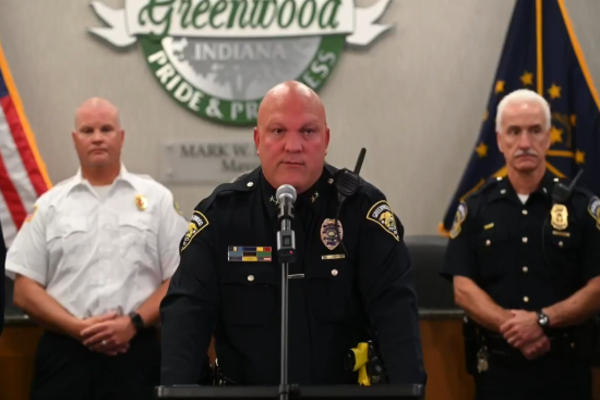 (breitbart) – The 22-year-old man who shot and killed the would-be mass shooter at the Indiana Greenwood Park Mall was armed because of “constitutional carry.”

The good guy with a gun has been identified as Elisjsha Dicken.

WTHR indicates that the attacker entered the mall just before 5 p.m. and went into the bathroom where he put his cell phone in a toilet and readied his guns.

He exited the bathroom and began firing at 5:56 p.m.

At 5:57 p.m. Dicken began shooting at the attacker, causing the attacker to attempt to flee back to the bathroom, but he never made it. Instead, he collapsed to the floor.

Dicken had fired ten rounds at the attacker, hitting him an unreported number of times, causing the attacker’s death.

WTHR reports, “[Dicken] was carrying under the new ‘Constitutional Carry’ law and did not have a permit.”

WTHR points out that Dicken did not have any formal police or military firearm training. Rather, “he learned to shoot from his grandfather.”