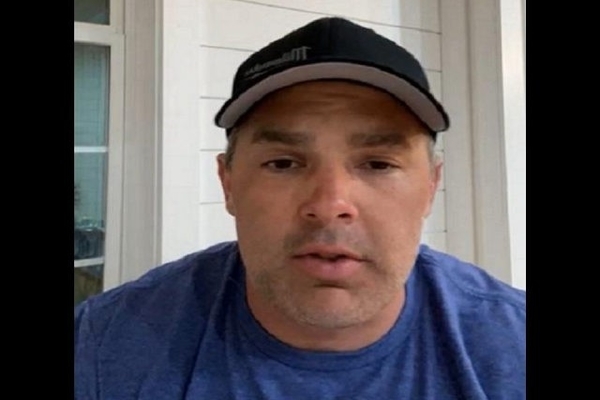 (breitbart) – A Democrat holding public office in Buchanan County, Virginia, has been indicted on 82 felony counts, including 34 counts of making false statements related to election fraud.

The Commonwealth’s Attorney for Russel County, Zack Stoots, who was appointed special prosecutor in the case, said:

The Rules of Professional Conduct prevents any lawyer participating in the prosecution of a criminal matter that may be tried to a jury from making an extrajudicial statement that the lawyer knows or should know will have a likelihood of interfering with the fairness of a trial by jury. Based on the Rules of Professional Conduct, my office will not be making any further statements on the pending matters.

Virginia’s election results show Adkins won three elections to the Knox District Board of Supervisors in 2011, 2015, and 2019. The indictment, shared to Scribd by WCYB, asserts that “Adkins relied on a number of absentee ballot applications and votes” in each election cycle.

Buchanan County Registrar Vickie Clevinger testified that Adkins presented the most Absentee Application Forms of any candidate running for public office, according to the indictment, though it is unclear if she was speaking of a specific election cycle or of all the elections.

Numerous Knox District voters, whose absentee applications were allegedly filled out by Adkins, testified in the year-long probe – the majority of whom expressed that the “Reason Code” on their absentee ballot applications was false, the indictment asserted. Some of the incorrect information included fake travel plans to locations outside of Buchanan County and fabricated disabilities for individuals who were not disabled, according to the indictment. Adkins allegedly knew that these voters whose applications cited disabilities in the reason code were employed full-time.

The document notes that some of the witnesses who testified provided signatures that were not consistent with the signatures on their absentee ballot forms. The witnesses, who allegedly did not fill out the documents, believe their signatures were forged.

The indictment reads in part:

Moreover, the indictment notes that gravel owned by Buchanan County was used on private driveways of several Knox District residents. Knox District contractor Eugene Cline, who delivered the gravel, testified that he did so at Adkins’s instruction. Craig Horne, Buchanan County Administrator, testified that town-owned gravels are only to be used on private property when the county works to fix the damage that it caused.

“In good conscience and after considerable deliberation, the Special Grand Jury concludes that the integrity of the election process has been violated,” the document reads.

On Tuesday, a jury convicted a Minnesota man of two counts of making false statements to a grand jury amid an election-fraud probe, Breitbart News reported.