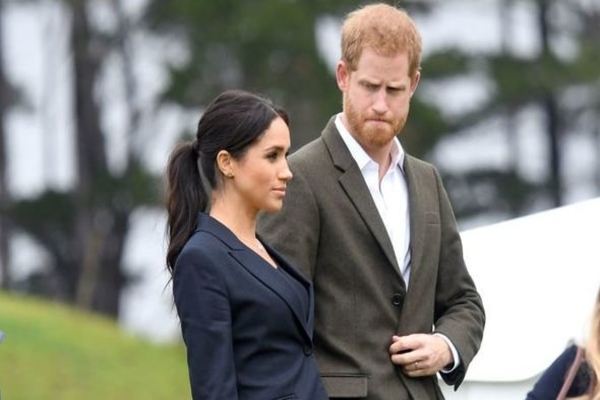 ( breitbart ) – Prince William is said to be “shocked” and saddened by the “insulting, disrespectful, and petulant” attitude of brother Harry and his wife Meghan to their grandmother, the Queen, following ‘Megxit’.

William, second in line to the throne after the brothers’ father, 72-year-old Prince Charles, was reported to be “really sad and genuinely shocked” by the reaction of the Duke and Duchess of Sussex, Harry and Meghan, to the Queen announcing their royal patronages and Harry’s honorary military titles would be withdrawn.

This decision came as a result of the couple’s decision to abandon their public duties as “working royals” in favour of pursuing money-making ventures and woke activism, as well as flirting with U.S. politics.

“The Queen has written confirming that in stepping away from the work of the Royal Family it is not possible to continue with the responsibilities and duties that come with a life of public service,” a statement from Buckingham Palace had confirmed.

“While all are saddened by their decision, the Duke and Duchess remain much-loved members of the family.”

A source said that a private letter to the couple from the Queen “was warm, but also reflected her view on the business side of things that you can’t pick and choose.”

“As evidenced by their work over the past year, the Duke and Duchess of Sussex remain committed to their duty and service to the UK and around the world,” a spokesman for Meghan and Harry responded — somewhat dubiously, given the pair spent much of 2020 striking multi-million dollar deals with woke corporations such as Netflix and Spotify.

“We can all live a life of service. Service is universal,” they added in what has been interpreted as a rather sharp rebuke to the Queen — and one which has prompted critics of the Sussexes that while service is indeed universal, it typically does not come with a guarantee of prestigious military titles and lucrative royal connections by way of compensation.

“You don’t answer the Queen back — it’s just not done,” said a source close to the monarch in comments to the Sunday Times.

The row comes as the Queen’s husband of over 70 years, Second World War veteran Prince Philip, has been hospitalised for several days, with an “exceptional” visit to his bedside by Prince Charles fueling much speculation about his condition.