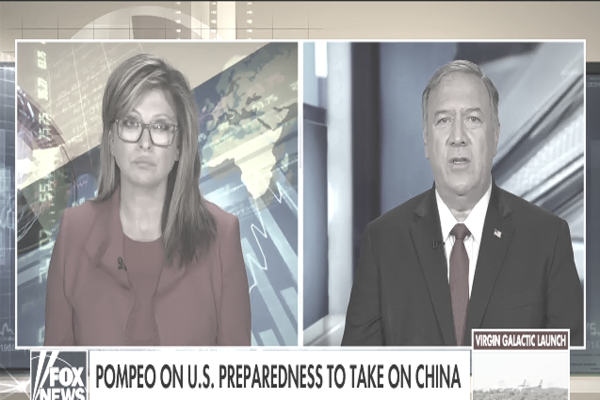 (breitbart) – During an appearance on FNC’s “Sunday Morning Futures” this week, former Secretary of State Mike Pompeo insisted now what the time for the United States to lead the way in confronting a hostile Chinese Communist government.

According to Pompeo, the United States will exist under very different circumstances if the current Chinese Communist government continues through the 21st century and into the middle part of the next century.

“Yes, the CCP is serious,” he said. “The moves that you described there this past week are serious — where there were — there was actions that we saw disclosed about how they’re continuing to cover up for the virus as well. We have seen the work they’re doing with genetics. They’re doing testing on mothers who are pregnant. They’re collecting their DNA samples. This is a machine. This is a machine that is intent on dominating the world in technology and commerce and militarily. The responses have to be equally serious. I saw the blacklist that you’re referring to. It’s pretty technical. It’s hard to tell exactly what’s in it and what’s not.”

“But, in the end, if it doesn’t impact a Chinese Communist Party company, if it doesn’t impact their capacity to put Americans at risk, then putting their name on a piece of paper is not of any value,” Pompeo added. “They need to do more. The administration needs to do more than just respond to the genocide that we declared. They need to begin to confront them in a serious way and impose real costs on a Communist Party that celebrated its 100th anniversary. And if they’re able to celebrate their 200th anniversary, we will live in a very, very different world.”