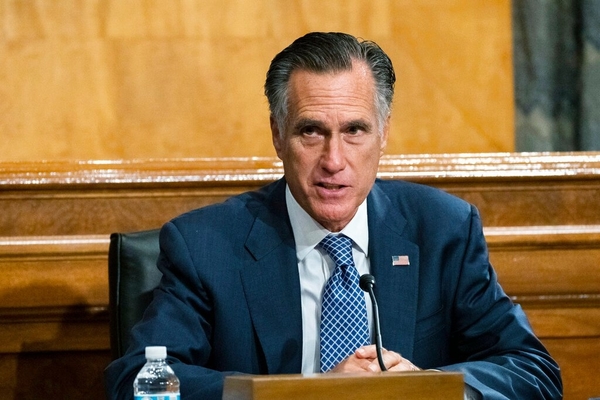 (foxnews) – Republican Sen. Mitt Romney was booed by audience members when he took the stage at the Utah GOP convention Saturday.

Romney has faced negative backlash and a censure threat by the GOP delegation for his votes to impeach Donald Trump.

But Chairman of the Utah GOP, Derek Brown, interrupted Romney’s speech to tell the rowdy crowd to simmer down.

“I’m a man who says what he means, and you know I was not a fan of our last president’s character issues,” Romney said as the crowd threw insults at him including “communist” and “traitor,” first reported The Salt Lake Tribune.

“You can boo all you like,” Romney said. “I’ve been a Republican all of my life. My dad was the governor of Michigan and I was the Republican nominee for president in 2012.”

But despite the negative reaction the longtime Utah Republican ended his speech on a positive note.

“We need to come together in strength and unity,” he said.

While Romney was greeted with boos by some, others stood up to counter the negative reaction and applaud the senator – signifying the split the Republican Party has seen on a national scale between traditional conservatives and Trump-championed voters.

Utah Republicans ultimately voted Saturday not to censure Romney, who was joined by six other GOP senators including Susan Collins of Maine, Lisa Murkowski of Alaska, Richard Burr of North Carolina, Bill Cassidy of Louisiana, Ben Sasse of Nebraska, and Pat Toomey of Pennsylvania, to impeach Trump.

Romney doesn’t face voter repercussions in an impending re-election race like Murkowski in 2022, but his critical stance against Trump following the Jan. 6 Capitol attack was nothing new.

Romney also voted to impeach Trump during his 2019 impeachment trial, which could prove problematic for the senator should he seek reelection in 2024.