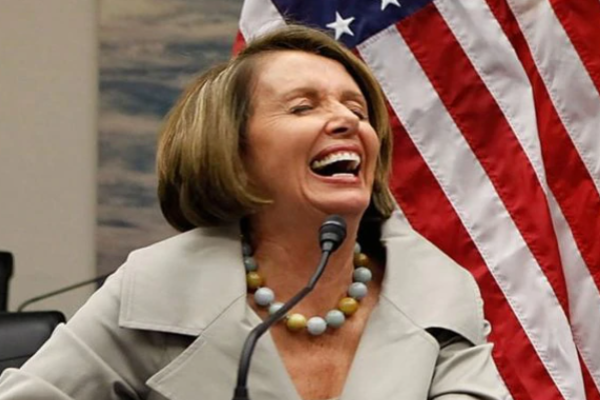 (bigleaguepolitics) – Nancy Pelosi is trying to justify the overturning of a US House election won by a Republican because the margin was a razor-thin six votes.

The Speaker of the House appeared Sunday on ABC’s “This Week with George Stephanopoulos.” George pointed out that Mariannette Miller-Meeks’ victory over Rita Hart had been certified by the state after the votes were counted and recounted. Yet the House Administration Committee began a process to try another recount in the hopes of unseating Miller-Meeks, so George asked Pelosi why her chamber is investigating an election that’s been certified.

“Well, it was six votes. Six votes,” Pelosi said. “And our Democratic candidate, Rita Hart, asked for this process to begin. What the committee did was very narrow to take the process to the next step and see where it goes from there. An election of six votes out of 400,000 votes cast. This is not unique. […] Even Justice Scalia agreed that the House has the authority to seat members and therefore we can count the votes. Six votes out of 400,000.”

Not only is this blatant hypocrisy from the speaker, it’s over a congressional seat in a chamber that the Democrats already control. If they get away with this, they’ll be able to get away with much more in the future.