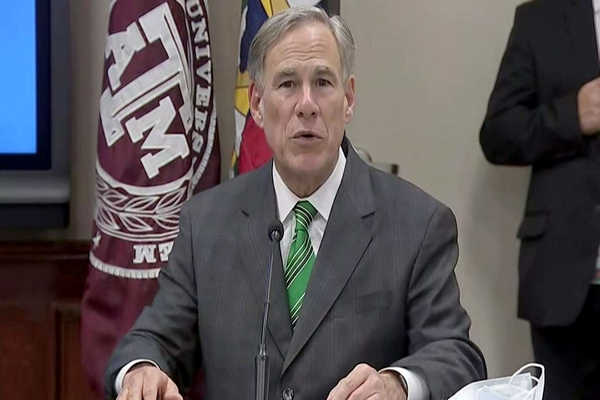 (breitbart) – Texas Gov. Greg Abbott (R) on Monday ripped the decision to vet the National Guard troops heading to Washington, DC, for President-elect Joe Biden’s inauguration, deeming it “offensive” and vowing he will never authorize more troops to head to D.C. if they are “disrespected” in such a manner again.

“This is the most offensive thing I’ve ever heard. No one should ever question the loyalty or professionalism of the Texas National Guard,” Abbott said in response to the reports of the FBI vetting the 25,000 troops coming into the district over concerns of a potential threat from the inside.

“@TexasGuard I authorized more than 1,000 to go to DC. I’ll never do it again if they are disrespected like this,” the Republican governor vowed:

Abbott’s remark followed reports of officials vetting troops over concerns of an inside attack, although officials have not identified a specific threat to justify the additional security measures.“While we have no intelligence indicating an insider threat, we are leaving no stone unturned in securing the capital,” acting defense secretary Christopher C. Miller said in a statement.Army Secretary Ryan McCarthy told the AP said that officials are “continually going through the process, and taking second, third looks at every one of the individuals assigned to this operation.”

McCarthy noted “service members from across the military were at that rally,” — a reference to the January 6 “Save America” rally and subsequent protest at the Capitol — but the AP noted it is “not clear how many were there or who may have participated in the breach at the Capitol.”

“The question is, is that all of them? Are there others?” McCarthy asked. “We need to be conscious of it and we need to put all of the mechanisms in place to thoroughly vet these men and women who would support any operations like this.”

“This is a national priority,” McCarthy said, emphasizing the importance of sending the message that the United States can “safely and peacefully” transfer power.

D.C. is virtually locked down, dominated by street and bridge closures in the days ahead of Biden’s inauguration. Even core areas of the National Mall, where tens of thousands of Americans typically flock to witness the peaceful transfer of power, will remain closed for the event.