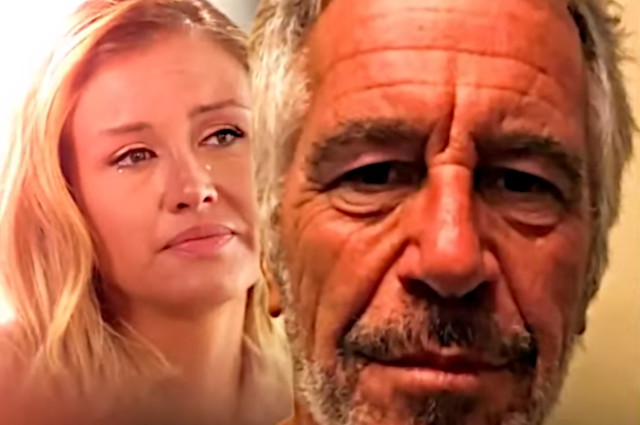 (Breitbart) – A CBS News staffer believed to have leaked unaired footage of ABC News anchor Amy Robach saying the network quashed a bombshell report on Jeffrey Epstein has been fired, according to a report.

“This comes after ABC informed CBS that they had determined who accessed the footage of Amy Robach expressing her frustrations about the Epstein story,” noted Ali.

5. Update: Two sources familiar with the matter tell me that CBS News has fired the staffer in question. This comes after ABC informed CBS that they had determined who accessed the footage of Amy Robach expressing her frustrations about the Epstein story. https://t.co/OHEoyahppY

The development comes after Project Veritas released an undercover video Tuesday in which Robach, co-anchor of Good Morning America, is seen telling an ABC News producer that a witness brought forth damning information regarding Epstein, but the network spiked the report. She said the expose specifically implicated former President Bill Clinton and Britain’s Prince Andrew.

“I’ve had this interview with Virginia [Guiffre],” Robach said in the tape of the alleged Epstein victim. “We would not put it on the air. I was told ‘Who’s Jeffrey Epstein. No one knows who that is. This is a stupid story.’”

“The Palace found out that we had her whole allegations about Prince Andrew and threatened us a million different ways,” the anchor continued.

“I had it all three years ago,” she added.

Guiffre has long alleged she was delivered to Prince Andrew for paid sex as a teenager. The jet-setting middle son of Queen Elizabeth II was a longtime friend of the financier who killed himself while awaiting trial on sex-trafficking charges. But the prince strenuously denies any knowledge of criminal behavior by Epstein and has described himself as “appalled” by allegations from many women who accused Epstein of sexual abuse. Among them is Giuffre. She has said she was a 15-year-old working at President Donald Trump’s Mar-a-Lago club when she was recruited to perform sex acts on Epstein. Giuffre said in a sworn affidavit that she was flown on Epstein’s private planes to his properties in New Mexico, the U.S. Virgin Islands, Paris, and New York, and said meetings were also arranged for sex in London and elsewhere with Prince Andrew. Buckingham Palace officials previously denied that Andrew had any sexual involvement with Giuffre.

In another part of the Project Veritas video, Robach said that she believes the convicted pedophile was killed in his New York City prison cell while awaiting child sex crime charges.

“So do I think he was killed? A hundred percent, yes I do,” the anchor said. “He made his whole living blackmailing people.”

“There were a lot of men in those planes, a lot of men who visited that island, a lot of powerful men who came into that apartment,” she added.