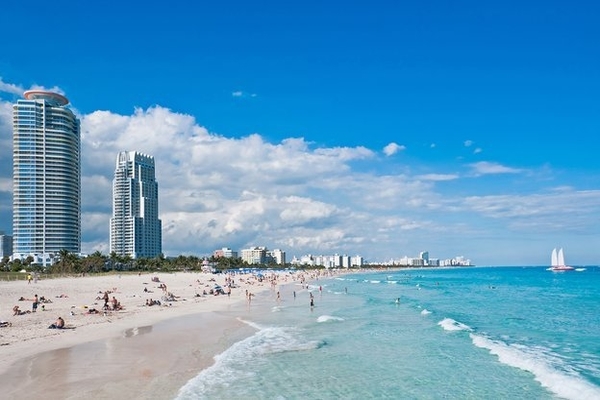 (breitbart) – “[M]ost of the beaches on the East Coast of the United States would be gone in 25 years,” the fake New York Times told the world 25 years ago, all the way back in 1995.

Here’s the relevant portion from the original Times’ article:

A continuing rise in average global sea level, which is likely to amount to more than a foot and a half by the year 2100. This, say the scientists, would inundate parts of many heavily populated river deltas and the cities on them, making them uninhabitable, and would destroy many beaches around the world. At the most likely rate of rise, some experts say, most of the beaches on the East Coast of the United States would be gone in 25 years. They are already disappearing at an average of 2 to 3 feet a year.

The date of the article is September 18, 1995. The headline reads, “Scientists Say Earth’s Warming Could Set Off Wide Disruptions.”

So here we are 25 full years later, a whole quarter of a century later, and the first prediction from these unnamed “experts” has not even come close to occurring, so why should we believe the dire predictions about the year 2100?

Here’s something else that didn’t happen…

Despite these “expert” predictions, and despite the fact tons of leftists live on the East Coast, and despite the fact leftists claim to believe Global Warming is real, in 1995, there was no panicked exodus by those who live on the East Coast. If you believe Global Warming is real… If you believe the “experts”… Why would you not immediately sell your beach house before the rising tide destroyed your multi-million dollar investment?

But what happened is the exact opposite. The population along the East Coast has only gone up over the last 25 years, property values have gone up. Which tells you that no one believed — despite the “experts” and their own claims to believe “experts” — that the East Coast because would be gone by now.

So if they don’t believe the “experts,” why should anyone else?

Finally, allow me to close with this…

When people ask me why I don’t believe in Global Warming or Climate Change or whatever it’s being called today, my answer is a very simple one…

“If I told you to sell your house because my ‘expert’ calculations told me your home was in danger of being hit by a meteor, how many times would I have to be wrong before you stopped selling your house in a panic? Once? Twice? Ten times?”

I close my answer with this: “What if I made 43 predictions and all 43 of my predictions were wrong? Would you ever believe another word I said? Would you believe prediction number 44?”

“No, of course not,” my Global Warming believer answers.

“Okay,” I then say, “that’s why I don’t believe in Global Warming. Because over the course of my life, America’s climate/weather/government/environmental “experts” are 0-43 when it comes to predictions of some sort of environmental catastrophe, which tells me they are full of shit and pursing an agenda.

If someone is 0-43 with their predictions, only a fool would believe prediction number 44.”

And now, with this 1995 New York Times piece, we know America’s “experts” are 0-44, which means they know nothing and Global Warming or Climate Change or whatever these liars are calling it to today.

Global Warming is a total hoax, a means to scare us into giving away our freedoms to horrible elites and liars.

Only a fool would believe anyone with a 0-44 record about anything.