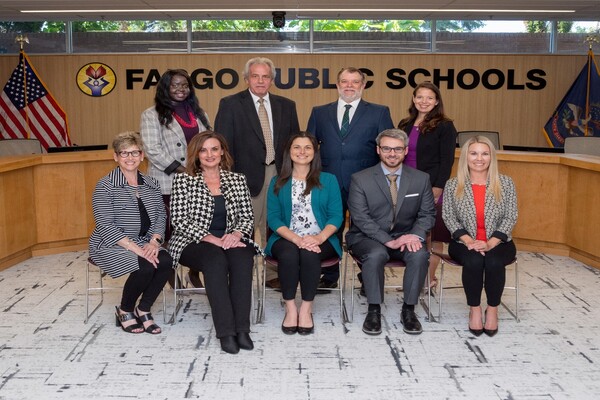 (breitbart) – North Dakota’s Fargo School Board reinstated the Pledge of Allegiance at the start of its board meetings after one week’s worth of backlash following the Board’s decision to ban the Pledge.

Since April, the Fargo School Board has been starting every meeting by reciting the Pledge of Allegiance. However, the school board determined its Pledge of Allegiance policy violated the Board’s diversity, equity, and inclusion policies during an August 9 meeting.

The school board’s decision came down to the Pledge’s inclusion of the words “under God.” Board member Seth Holden said:

“Given that the word ‘God’ in the text of the Pledge of Allegiance is capitalized, the text is clearly referring to the Judeo-Christian god and therefore, it does not include any other face such as Islam, Hinduism, Buddhism, all of which are practiced by our staff and students at FPS.”

Fargo School Board Vice President Jake Schmitz warned that the Board’s initial vote to ban the Pledge of Allegiance is just a precursor to banning it from Fargo classrooms.

“The next logical step in the progression is [they’ll] want to remove it from schools because it’s a non-inclusionary act which is a bunch of crap,” Schmitz told Fox News.

“Since the August 9 board meeting, board members and the district have received significant negative local and national feedback,” school board president Dr. Tracie Newman wrote in a memo.

Newman cautioned, “A considerable amount of misinformation has been shared about the action and its reach into procedures in our schools.”

Fargo School Board’s decision also prompted a response from North Dakota Gov. Doug Burgum (R), who announced on Monday that his administration would work closely with North Dakota’s legislature to pass legislation that protects every student and statewide elected official’s right to recite the Pledge of Allegiance.

Burgum said during his announcement:

As North Dakotans and Americans, we believe strongly in the value of this traditional and powerful affirmation that we are one nation, united under one flag, with liberty and justice for all, aspiring toward a more perfect union and acknowledging that such noble work never ends.

On Thursday, the Fargo School Board, in a near-unanimous vote, agreed to reinstitute the Pledge of Allegiance at the start of its meetings.

Board member Nyamal Dei, a Sudanese refugee who came to the country at ten, cast the lone vote to uphold the Pledge of Allegiance ban.

Local North Dakota resident Jeff Sakellson, who was present for Thursday’s vote, said the Pledge “kinda unites the whole country, don’t it? It keeps America as one, united.”

“Our whole country is based on the word of God. It’s even on our money supply,” Sakellson told a local news outlet.