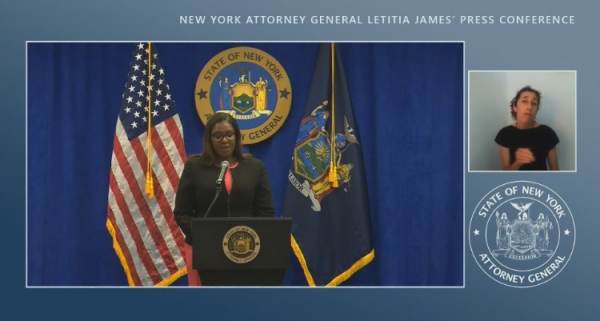 Many in the media thought Letitia James’s presser would be about President Trump. It wasn’t.

Letitia James said her office is seeking an order to dissolve the NRA in its entirety during a press conference.

The investigation into the NRA began in 2019.

Letitia James said the NRA was serving as a personal piggy bank for Wayne LaPierre, the Chief Executive of the NRA.

Letitia James refused to comment when a reporter asked if the NRA can just move to another state in order to keep the organization afloat.

The NRA is expected to respond to the New York AG’s lawsuit.