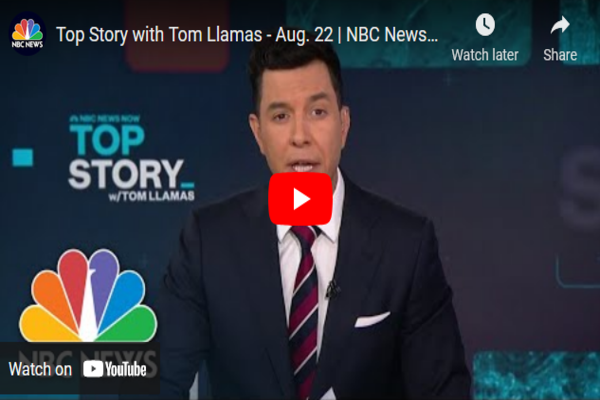 (breitbart) – On Monday’s edition of NBC’s “Top Story,” Commissioner of the New York City Mayor’s Office of Immigrant Affairs Manuel Castro blamed the city’s poor handling of migrants bused to the city on Texas Gov. Greg Abbott (R) because Abbott didn’t warn them about the influx of migrants.

Host Tom Llamas asked, “So, Commissioner, you know cities in Texas have been dealing with this issue for decades. And now, New York City, Washington, D.C. dealing with the same issues, right now.” Llamas then read criticism from The New York Times of the city’s early handling of the migrants before asking, “So, what’s happening?”

Castro responded, “Again, Gov. Abbott did not give us any warning that he would be sending people to New York City. And, as nonprofits like Catholic Charities have indicated, they started to receive people out of nowhere, and it’s a situation that we are all trying to adjust [to] and meet the moment. But the truth is is that New York City has embraced asylum seekers. We’ve responded by bringing together a coalition of nonprofit organizations, such as Catholic Charities, but many others that are rallying around these asylum seekers. And we’re providing shelter, we’re providing food, and all kinds of services.”

Later, Llamas asked, “Why can’t the city take care of these people? It seems like it’s a problem right now.”

Castro answered, “Again, we’re adjusting. Gov. Abbott is trying to make this as difficult as possible for us and other cities.”