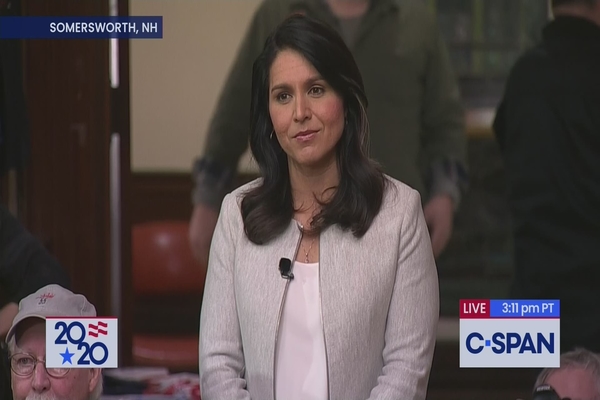 (foxnews) – Former Hawaii Rep. Tulsi Gabbard suggested that former President Barack Obama is behind the effort to establish a Disinformation Governance Board, which she likened to George Orwell’s famed “Ministry of Truth.”

“Biden is just a front man,” Gabbard said on Twitter Sunday. “Obama, April 21: social media censors ‘don’t go far enough,’ so the government needs to step in to do the job. Six days later, Homeland Security rolls out the ‘Ministry of Truth’ (aka Disinformation Governance Board).”

Gabbard, a Democrat, was referencing Obama’s speech at Stanford University last week, where he argued tech companies have a hard time moderating content on their own and called for more oversight.

“Now the good news is that almost all the big tech platforms now acknowledge some responsibility for content on their platforms, and they’re investing in large team of people to monitor it,” Obama said during the speech. “Given the sheer volume of content, this strategy can feel like a game of Whac-A-Mole.”

Obama said he believes employees at the companies “are sincere” in trying to moderate violent content and hate speech, but argued more needs to be done to help the companies limit such posts.

“But while content moderation can limit the distribution of clearly dangerous content, it doesn’t go far enough,” Obama said.

Obama’s comments come after the Biden administration created a Disinformation Governance Board to be run by the Department of Homeland Security, with the goal of combating online disinformation.

Mayorkas added that the board would be heavily focused on limiting the spread of disinformation ahead of the 2022 midterm elections, but critics have raised concerns over the free speech implications of the board.

“The Federal Government has no business creating a Ministry of Truth,” Sen. Tom Cotton, R-Ark., said last week, using the same nickname for the board as Gabbard. “The Department of Homeland Security’s ‘Disinformation Board’ is unconstitutional and unamerican, and I’ll be introducing a bill to defund it.”