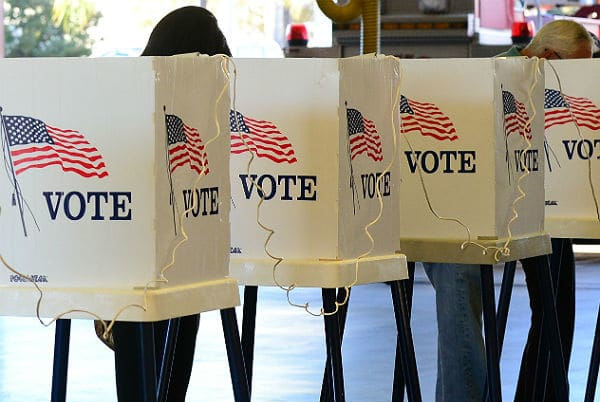 (Gateway Pundit) – Disturbing news is coming out of Oregon, as hundreds of people are reporting that their voter registration was switched from Republican to non affiliated without their knowledge or permission.

Oregon is entirely vote-by-mail, and ballots were sent out in the last week of April, and due this Tuesday at 8:00 PM. Many were shocked to open their ballot to find that they were no longer with the party they thought they were with, and they received non partisan ballots. As Oregon is a closed primary state, this effectively denies these people the right to vote in the party’s primary that they thought they were registered as.

This is only reportedly happening to folks who were registered as Republican.

The non affiliated ballots allow the voter to vote for local non partisan races, judge seats, and ballot measures, but they do not get to vote in any of the Republican primary races, which includes two hotly contested Congressional races, along with several state legislature seats, and the Secretary Of State race.

The deadline to update your voter registration in Oregon was April 27th, so it’s too late for any of these people to get the right ballot. Some are reporting that they didn’t even get options for local non partisan races or ballot measures on their ballot, only judge seats. Others are reporting that they straight up received the wrong party ballot. Some are saying they’ve switched their registration back to republican, but then they check again and it’s been re-switched back to non affiliated.

A facebook group called My Party Was Changed Oregon has been started, and hundreds have congregated there to share their stories. Here are a few screencaps of what people are experiencing (personal identifiers have been redacted):

State representative Mike Nearman has been following this and went on the radio with Lars Larson today:

The confusion seems to have something to do with the new-ish Motor Voter law, which automatically registers people to vote who visit the DMV. By default, they are registered as non affiliated unless they either opt out or specify that they want to be part of a party. Except many of the people in this group say they haven’t done anything at the DMV in quite some time, and received Republican ballots in the last election.

Nonetheless, the DMV seems to be the scapegoat in all of this.

Furthermore, as Representative Nearman explains, the elections office is supposed to mail you a little card if there’s been a change in your registration.

A select few of these people were able to contact their county elections office in time, and were able to procure a Republican ballot after going down to the office and explaining the situation. Knowing how crooked and backwards Oregon is, I wouldn’t be surprised if these people end up getting charged with some kind of crime because wacked out democrat attorney general Ellen Rosenblum and Secretary of State Bev Clarno will claim that those folks are somehow illegally voting in the republican primary that they originally wanted to vote in.

If this is happening to you, join the Facebook group and share your story, as this could result in some sort of legal action against the state.

Here are a bunch more screen captures from that Facebook group, as people tell their stories: