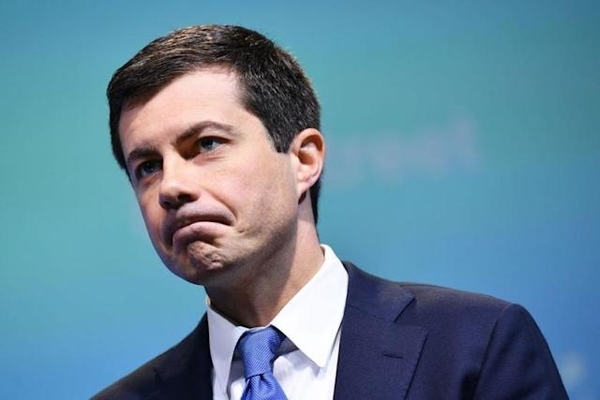 (breitbart) – Travelers relying on Southwest Airlines to get them home were mostly still stranded Thursday morning, barely 24-hours after Transportation Secretary Pete Buttigieg publicly upbraided the carrier and warned it to do better – or else.

AP reports exhausted Southwest passengers were looking for alternative carriers or even renting cars to get them on their way as the airline’s CEO said it could be next week before the flight fiasco is over.

By late Wednesday afternoon on the East Coast some 90 percent of all canceled flights in the U.S. were on Southwest, according to the FlightAware tracking service. Conditions had barely improved 12 hours later.

Other airlines recovered from ferocious winter storms that criss-crossed the country over the weekend, but not Southwest, which scrubbed 2,500 flights Wednesday and another 2,300 on Thursday, AP sets out.

Buttigieg, who has criticized airlines for previous disruptions, used a series of media interviews to take Southwest to task.

He warned Tuesday on CNN’s “Situation Room” the government will hold the Dallas airline accountable for the travel misery it has inflicted, as Breitbart News reported.

He noted while cancellations across the rest of the industry declined to about four percent of scheduled flights, they remained above 60 percent at Southwest.

“They need to make sure that those stranded passengers get to where they need to go and that they are provided adequate compensation,” including for missed flights, hotels and meals, he then went on to say Wednesday on ABC’s “Good Morning America.”

“What Pete Buttigieg should do and what he will do are probably two different things,” McGee said.

His group wants a change in federal law that would make it easier for states and private parties to sue airlines for harming consumers.

As Breitbart News reported, Buttigieg has previously ignored requests to protect consumers and hold airlines accountable for canceling flights in the months leading up to the ongoing holiday travel fiasco.

Over the summer, New York Attorney General Letitia James (D) sent Buttigieg a letter that warned of “the deeply troubling and escalating pattern of airlines delaying and canceling flights” during holiday flight seasons.

A few weeks after James’s letter, a coalition of 38 bipartisan state attorneys general sent a letter to Congressional leaders that accused the Department of Transportation of facilitating an environment that “allows airlines to mistreat consumers and leaves consumers without effective redress.”