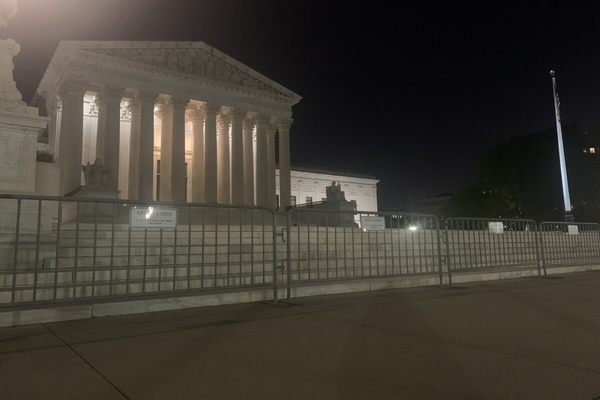 Politico’s Josh Gerstein and Alexander Ward reported the stunning news Monday evening, including a copy of what they identified as an “initial draft majority opinion written by Justice Samuel Alito circulated inside the court and obtained by Politico.”

It’s the Supreme Court’s standard procedure to take a vote of the justices following oral arguments in a case, and then Chief Justice John Roberts assigns the writing of the majority opinion to one of the justices on that side. The justice’s draft opinion is then circulated among the other eight justices for their review and so that any who wish to draft their own concurring or dissenting opinions may do so.

On occasion, one or more justices may decide to change their votes after reading the various draft opinions. After the justices have concluded their drafting and agreed their votes are final, the majority opinion is released to the public together with all concurrences and dissents.

Leaks regarding anything related to inner workings of the nation’s highest court are extraordinarily rare. Never before in the Court’s history has a draft opinion ever been leaked, and the highly contentious topic raised immediate security concerns.

The case in question, Dobbs vs. Mississippi Department of Health, deals with a challenge to a restrictive law passed in Mississippi banning most abortions after 15 weeks of pregnancy.

The Politico article was published just after 8:30 pm ET, and shortly thereafter, it was reported that police had erected barricades around the Supreme Court building, including this photograph tweeted by Washington Examiner reporter Cami Mondeaux.

Journalist Gabe Fleisher tweeted later that there were two police officers and a crowd of about 50 people on the scene. The officers told him that the barricades were put up “by order of the [Supreme] Court Marshal.”

Fleisher added that a police officer confirmed the barricades were put up on Monday night.

There were some disputes between the two sides as small numbers of people gathered at the barricades.

This story is developing.