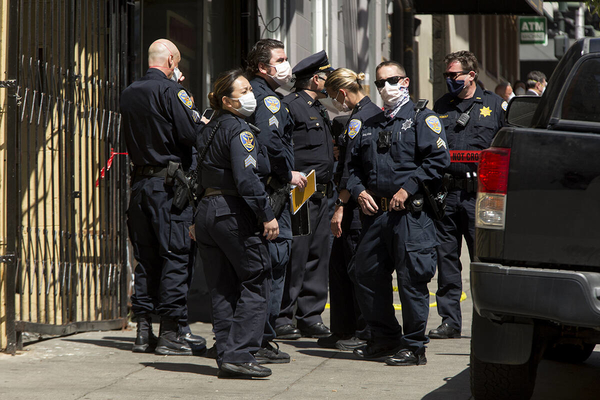 (breitbart) – The staff of a San Francisco restaurant denied service to three uniformed police officers after claiming the officers’ weapons made them feel “uncomfortable.” The staff then proudly posted the incident on social media.

The staff of Hillda and Jesse San Franciso posted on Instagram, an announcement that they asked three uniformed police officers to leave their restaurant after the sidearms police are required to wear made them feel “uncomfortable.” They declared the restaurant to be a “safe space.”

“The presence of their weapons in the restaurant made us uncomfortable,” the staff added to the Instagram post as a comment. “This is not a political statement, we did what we thought was best for our staff.”

At Hilda and Jesse, the restaurant is a safe space,” the post states. “The presence of the officers {sic} weapons in the restaurant made us feel uncomfortable. We respect the San Francisco Police Department and are grateful for the work they do.”

They concluded by saying the officers are welcome to return — “when off duty, out of uniform, and without their weapons.”

The anti-police action by the restaurant staff comes amid a spiking crime wave in San Francisco and other Bay Area communities where organized criminal groups raid and loot retail establishments.

Just two weeks ago, Pollak reported the spreading of the crime wave into the upscale Walnut Creek bay area suburb. A “mass looting” incident took place at the Nordstrom store located in the city at the base of Mt. Diablo.

Hilda and Jesse’s Operations/Co-Owner Rachel Sillcocks responded to the expulsion of the uniformed officers, writing, “The fact that they were in uniform with multiple weapons on them made our staff uncomfortable, and potentially other guests.”

A Twitter user took exception to the actions of the restaurant with the following tweet asking what makes people feel uncomfortable in San Francisco.

Another questions the restaurant owners’ priorities when they don’t pay their staff “equitable wages.”