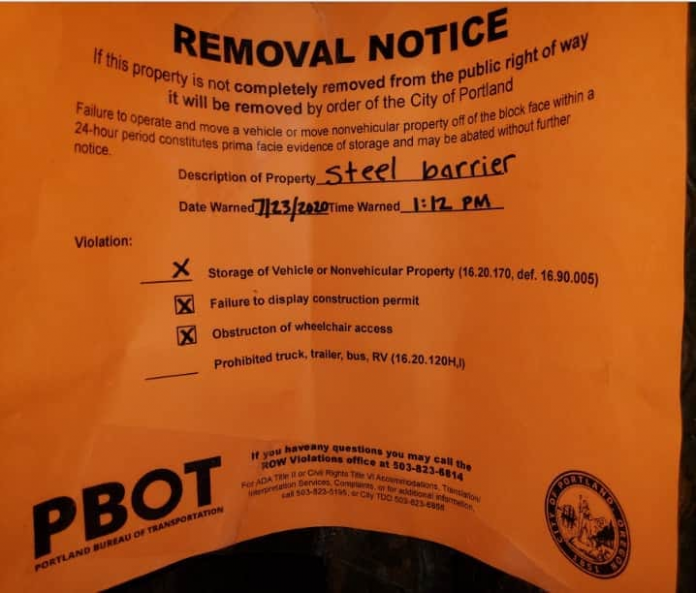 The Portland Bureau Of Transportation Has Issued Removal Notices On All Barriers Set Up By The Federal Government To Protect Officers And Government Buildings
Federal agents dispatched to the city of Portland have erected fences to secure their positions from the onslaught of bottles, rocks, and fireworks being launched by rioters.

The fences have arguably deescalated the situation considerably by preventing the rioters from coming into direct contact with the officers on scene. But now, the city government has issued cease and desist orders and removal notices that notify the federal agents that the fences will be removed by the city and they are not to be replaced.