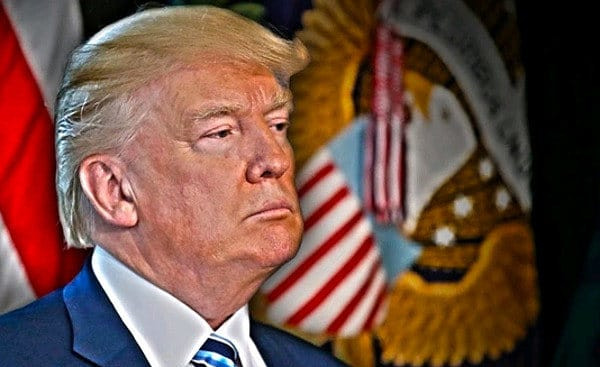 The White House said the visit was for a “quick exam and labs.”

This has the internet abuzz that President Trump was a victim of “attempted poisoning” or was “plotting a way to resign.”

According to The Washington Examiner the official White House food taster is the White House chef.

And despite criticism of the practice under President Barack Obama, the mystery anti-poison position apparently goes back to the days of Ronald Reagan.

The staff at Walter Reed was NOT notified about the unplanned visit by President Trump.

CNN reported that his stop was NOT TYPICAL for a routine visit.

Dr. Jonathan Reiner, the cardiologist for former Vice President Dick Cheney while he was in the White House, told CNN the abrupt trip to the hospital was “unusual” and he was “skeptical” of the trip given how physicals tend to be scheduled in advance and performed at the White House.

Many conservatives, including Roger Stone and Alex Jones, have been warning about such an poisoning event as possible poisoning ever since Trump was elected.

Infowars reported that Trump was tested for a time-delayed poisoning agent.

And the far left speculated that this was an attempt by President Trump to stage a “health resignation.”

On Saturday afternoon, Trump’s tendency to downplay his personal health reached the most concerning moment of his presidency, when he went to Walter Reed Military Hospital in Bethesda, Maryland, for a surprise medical exam. According to the White House, Trump visited the hospital for a “quick exam and labs” — “phase one of my yearly physical,” as the president later called his two-hour visit. But unlike his prior two physicals in office, which were completed in one sitting, the Saturday visit was not listed on the president’s public schedule. According to CNN, hospital staff were not aware that Trump was swinging through:

“Typically, Walter Reed’s medical staff would get a general notice about a ‘VIP’ visit to the medical center ahead of a presidential visit, notifying them of certain closures at the facility. That did not happen this time, indicating the visit was a non-routine visit and scheduled last minute.”

Here is the latest…

The Trump White House released a report on the unscheduled visit tonight.

From the White House physician:

“Despite some speculation, the President has not had any chest pain, nor was he evaluated or treated for any urgent acute issues.” 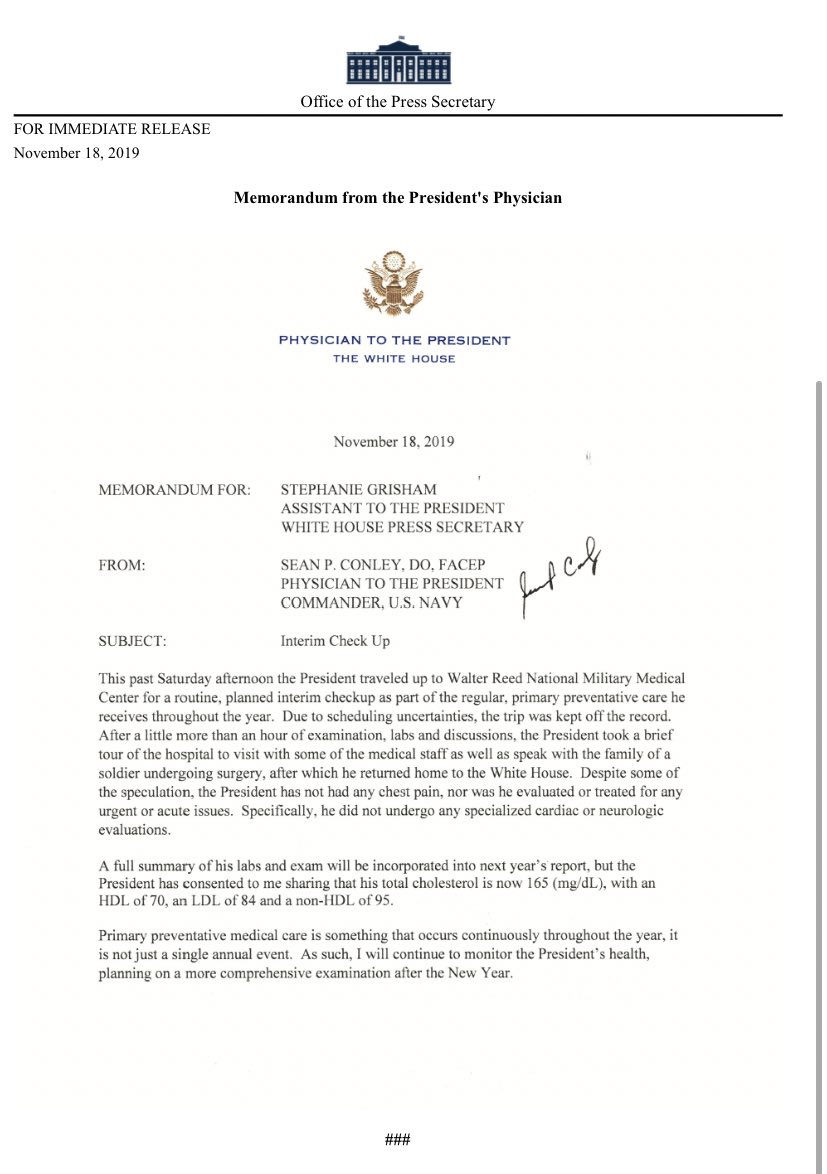