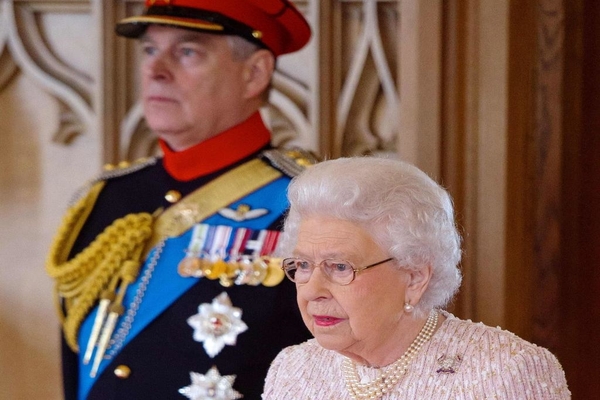 (breitbart) – Buckingham Palace announced Thursday that Queen Elizabeth has stripped her son Prince Andrew of all military titles and patronages and he will no longer be entitled to use His Royal Highness (HRH) as a form of address.

The action – effective immediately – means he is now forced to defend his sexual abuse case in a U.S. court as a “private citizen.” The civil case, brought by Virginia Giuffre, is due to move into a discovery phase soon where Andrew may have to sit for an interview under oath – known as a deposition.

The decision is understood to have been taken following wide discussions amongst the Royal Family.

It comes on the same day more than 150 UK military veterans wrote to Queen Elizabeth and asked her to strip Andrew of his honorary military titles.

Their demand follows his relationship with the late, disgraced financier Jeffrey Epstein, as Breitbart News reported.

A Buckingham Palace spokesperson said: “With The Queen’s approval and agreement, The Duke of York’s military affiliations and Royal patronages have been returned to The Queen.

“The Duke of York will continue not to undertake any public duties and is defending this case as a private citizen.”

A royal source told the Daily Telegraph all of the Duke’s roles have been handed back to the Queen with immediate effect for redistribution to other members of the Royal Family.

The downgrading comes just 24-hours after Prince Andrew had his bid to get a civil case which alleges he sexually assaulted Virginia Giuffre dismissed by a U.S. judge, as Breitbart News reported.

Andrew, who has not been charged with any criminal offences, has vehemently denied all the allegations against him.

This story is developing…