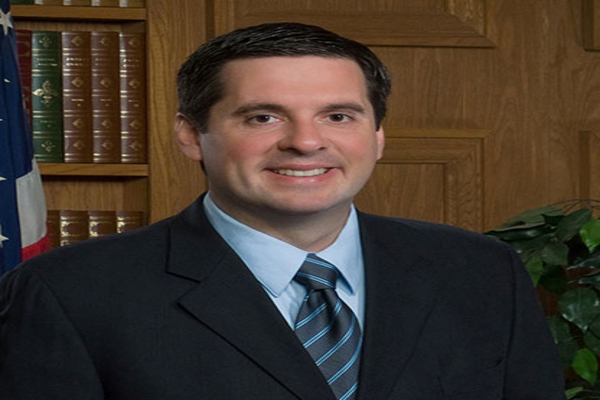 It has been my privilege to serve the people of California’s San Joaquin Valley for nineteen years in the U.S. House of Representatives. During this time, I fought hard in Washington for the interests and values of Valley families and to help my constituents resolve any problems they may have with a federal government agency.

Recently, I was presented with a new opportunity to fight for the most important issues I believe in. I’m writing to let you know I’ve decided to pursue this opportunity, and therefore I will be leaving the House of Representatives at the end of 2021. I will deeply miss being your congressman.

Although Nunes did not expand on his “new opportunity,” Trump Media & Technology Group confirmed Nunes will be joining the company as CEO in a press release:

Trump Media & Technology Group (‘TMTG’) today announced that Congressman Devin G. Nunes has been selected to join the Company as Chief Executive Officer. Mr. Nunes is currently a sitting U.S. House Representative, representing California’s 22nd congressional district, and formerly the Chair of the House Intelligence Committee. Mr. Nunes will be leaving the U.S. House of Representatives and will begin his new role as Chief Executive Officer of TMTG in January 2022.

Congressman Devin Nunes is a fighter and a leader. He will make an excellent CEO of TMTG. Devin understands that we must stop the liberal media and Big Tech from destroying the freedoms that make America great. America is ready for TRUTH Social and the end to censorship and political discrimination.”

The time has come to reopen the Internet and allow for the free flow of ideas and expression without censorship. The United States of America made the dream of the Internet a reality and it will be an American company that restores the dream. I’m humbled and honored President Trump has asked me to lead the mission and the world class team that will deliver on this promise.

Nunes has represented California’s 22nd congressional district since 2003. He served as Chairman of the House Intelligence Committee, where he was a strong ally to former President Trump.