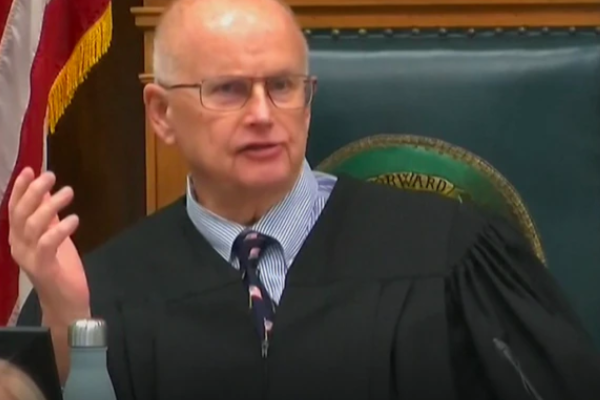 (bigleaguepolitics) – Judge Bruce Schroeder slammed what he called “grossly irresponsible” behavior on the part of the mainstream media during Wednesday’s proceedings, questioning the merits of televising proceedings as a result of the coverage of Kyle Rittenhouse’s double homicide trial.

“When I talked about problems with the media when this trial in part… we’re there in part… because of grossly irresponsible handling of what comes out of this trial. I am going to think long and hard about live television in a trial again, next time. What’s being done is really quite frightening.”

Mainstream media personalities have largely ignored the evidentiary findings of the trial, continuing to circulate fundamental lies surrounding the events of the shootings in August 2020.

Judge Schroeder himself has become a target of criticism for national Democrats, many of whom had hoped for en expedited trial and a life sentence for Rittenhouse without actual evaluation of the evidence proving the Illinois youth’s argument of self defense.

The jury continues to deliberate in the case. In spite of online rumors, there’s no concrete indications towards the jurors’ dispositions, and a verdict could come at any time.