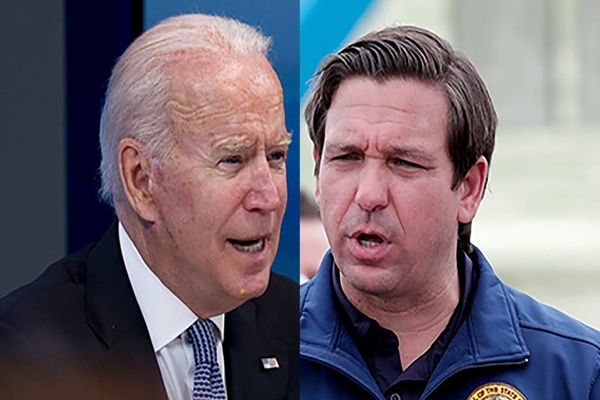 (breitbart) – Florida Gov. Ron DeSantis (R) announced six legislative proposals, with hopes to pass them into law through the legislature, that would drastically crackdown on corporations and non-governmental organizations (NGOs) who facilitate illegal immigration to the state.

During a press conference on Friday morning, DeSantis announced a series of legislative actions to reduce illegal immigration across the state. The six proposals would:

In addition to the six proposals, as Breitbart News exclusively reported, DeSantis announced an emergency order that bans the issuance or renewal of all state licenses to provide services to Unaccompanied Alien Children (UACs) who are resettled across Florida. The order is effective immediately.

The measures are significant as they are the first in the nation seeking to effectively outlaw many of the business practices carried out by corporate-funded NGOs who are contracted by the federal government to resettle hundreds of thousands of illegal aliens across the United States every year.

Border crossers first arrive at the southern border, which is entirely controlled by the Mexican drug cartels, and often times turn themselves into U.S. Border Patrol agents. Others successfully sneak across, undetected by agents.

For many border crossers who are apprehended, they can be placed into federal detention before getting released into the U.S. interior. Corporate-funded NGOs aid with that release process, organizing bus services and paying for domestic commercial flights that take border crossers to various states while they await their hearings in immigration court.

A number of border crossers never show up for their hearings and, instead, live as illegal aliens in the U.S.

DeSantis made the move after his administration discovered that President Joe Biden’s federal agencies have flown at least 70 privately funded flights full of border crossers and UACs into the state of Florida — often in the middle of the night.

As Breitbart News has reported, Biden’s agencies expect that more than two million border crossers will have arrived at the U.S.-Mexico border by the end of the year. Meanwhile, as of late October, Biden has released more than 530,000 border crossers and illegal aliens into the U.S. interior. Thousands have ended up in Florida.