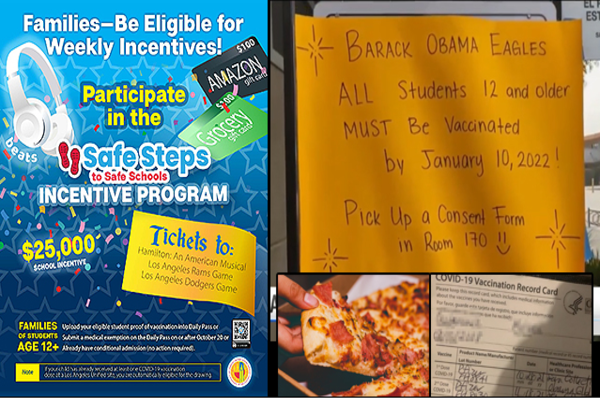 (IL) – Public schools in California are reportedly bribing kids with free candy, pizza, raffles, cash prizes and other favors to get Pfizer’s experimental mRNA covid shot, in many cases without their parents’ consent.

If they refuse, they’re being forced to return to virtual, online classes and effectively separated from their friends.

California hasn’t passed any law mandating these shots and yet public schools are just forcing them on kids anyways.

From NBC Los Angeles, “Mom Says Son Vaccinated in Exchange for Pizza at LAUSD Without Her Consent”:

Maribel Duarte says her 13-year-old son, a student at the Barack Obama Global Prep Academy in South LA, brought home a vaccine card after having accepted the COVID-19 vaccine at school.

She says he said yes when someone offered it in exchange for pizza.

“The lady that gave him the shot and signed the paper told my son, ‘Please don’t say anything. I don’t want to get in trouble.'”

The LAUSD says student matters are confidential and wouldn’t comment specifically, but did say its “safe schools to safe steps incentive program” is meant to ensure several steps are in place for vaccinated students to receive prizes. 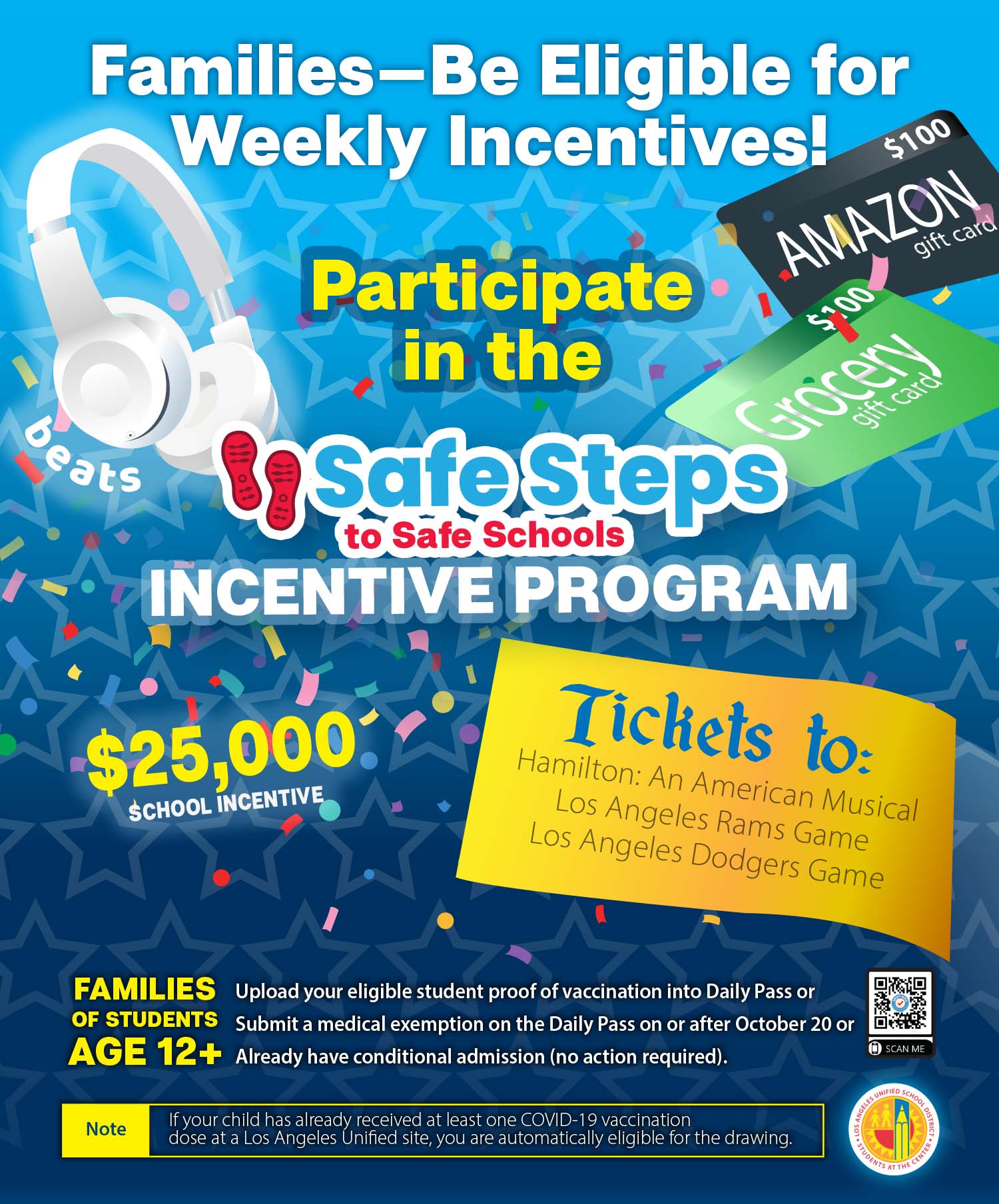 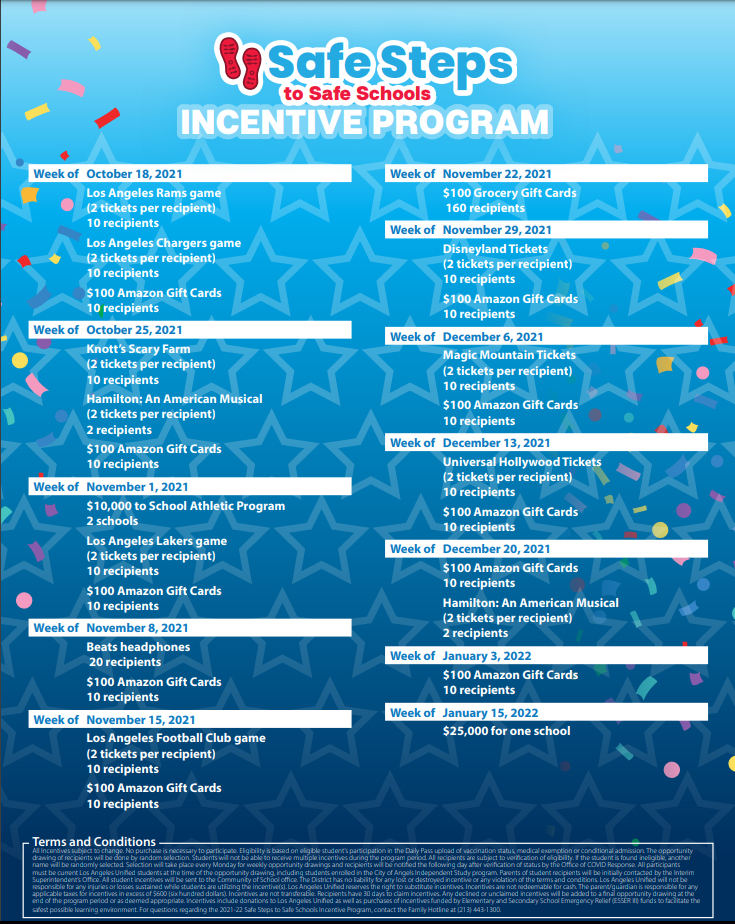 The ad has a long disclaimer which states in part: “The District has no liability for any lost or destroyed incentive or any violation of the terms and conditions. Los Angeles Unified will not be responsible for any injuries or losses sustained while students are utilizing the incentive(s).”

Notably, there’s no disclaimer highlighting the risks of Pfizer’s mRNA shot itself.

Jennifer Kennedy, an attorney who is following closely the two cases against the LAUSD over the vaccine mandate currently making their way through court, said the problem is that kids in California can’t consent to vaccination.

Both are ultimately seeking an end to the mandate.

“The LAUSD does not have the power to add a vaccine to the California school schedule,” she said. “You couldn’t do it if you were a podunk school district and you can’t do it if you’re LAUSD, the second largest district in the nation. You don’t have that legal authority.”

[…] The LAUSD says as of the Thanksgiving break, 80% of eligible students at Obama Prep have been vaccinated.

As I reported last month, Pfizer themselves are telling kids their experimental mRNA injection will give them “superpowers” and make them “superheroes.”

The level of lawless criminality taking place here is unreal.