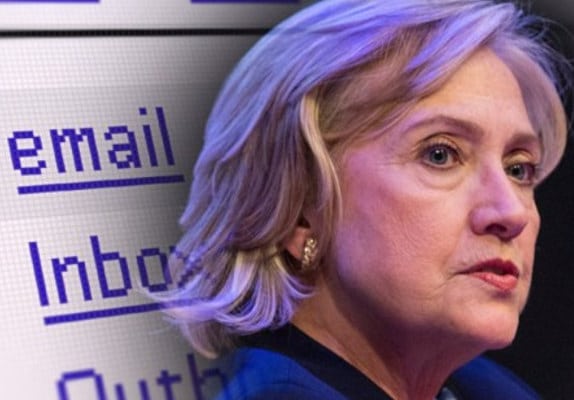 Hillary will attend the convention at the Sheraton hotel in Times Square, CNBC reported, sparking “new speculation that she could run for the nation’s highest office again.”

A source told CNBC Hillary’s popularity is greater than President Biden’s, and suggested that speaking at the event will be useful to her, as it puts her in the spotlight.

“She’s beloved by the mainstream members of the Democratic Party and her popularity is likely higher than that of President Biden. It’s good for her because it keeps her relevant and her appearance is likely meant to galvanize the party and the audience,” the source said.

The establishment media seem to be doing their best to draw Hillary into the 2024 presidential race. “What’s behind the Hillary Clinton ’24 talk,” the title of a January CNN opinion piece read. Schoen Cooperman, former pollster for Bill Clinton, and Andrew Stein, a former New York City Council member, wrote in the Wall Street Journal that Hillary is the Democrats’ “best option” to defeat the Republican nominee for president in 2024.

Hillary is an “experienced national figure who is younger than Mr. Biden and can offer a different approach from the disorganized and unpopular one the party is currently taking.” the article stated.

The Journal’s op-ed is backed up by polling. A February poll revealed Hillary leads Biden in a hypothetical 2024 presidential primary match (46-43 percent). But when Hillary was polled against Trump in a general election showdown, Trump crushed Hillary by ten points.

With Biden’s average approval rating hitting 39 percent, Democrats campaigning for the November midterms have mostly spurned him. Rep. Tim Ryan (D-OH) chose to hold a campaign event with Hillary, leaving Biden watching from the sidelines. Biden not being asked to campaign with Democrats appears to be a trend:

When Biden visited Georgia in January to speak about federalizing elections, gubernatorial candidate Stacey Abrams did not attend his event due to a scheduling conflict. Gubernatorial candidate Beto O’Rourke stated last week he is “not interested” in help from Biden during his Texas campaign.

Pennsylvania Democrats John Fetterman and Josh Shapiro on Thursday cited conflicts in their schedules for their absence during Biden’s visit to Pennsylvania.

If Hillary is thinking about running in 2024, she will have to raise money. She has been advertising a hat for $30 and coffee mugs for $20.

“Take a sip from your new mug as you read the news…,” Hillary tweeted a photo of the mug and a headline that slammed Donald Trump.