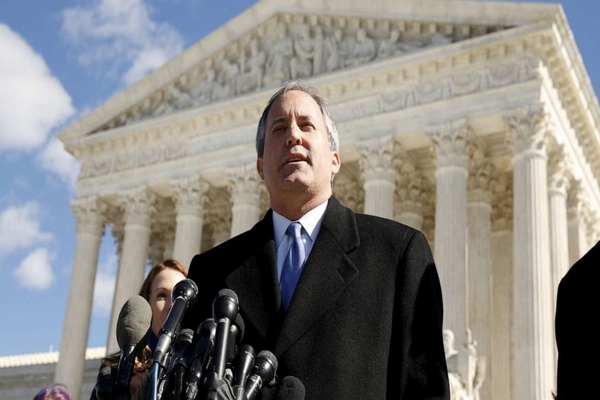 KEN PAXTON: They adopted this policy of open borders and they’re sticking with it despite the consequences of the spread of COVID, human trafficking, increase in drug trafficking, increase of crime and just general chaos … You know, you’ve got all of these kids that are caged up that shouldn’t be here.”

“It is so sad because we’ve been dealing with this COVID issue for almost a year now and we put all these restrictions on Americans’ businesses and travel and it’s affected our lives in so many negative ways, and yet for some reason we’ve opened up the border and risked our population along the border, but really as they spread through my state and across the country, we put people’s health at risk and putting us at increased risk for a spike in COVID and it doesn’t make any sense.

“We have a lawsuit to stop them from not enforcing federal law relating to people coming across the border. They are supposed to be arresting and deporting these people. We haven’t gotten into court to show that evidence. At some point, it will take a while. We have an injunction. We need to get back in court and have the opportunity to have the court put it back in place.