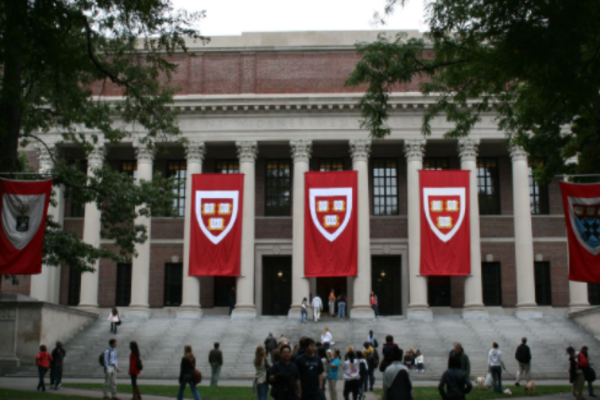 (breitbart) – The U.S. Supreme Court is considering a challenge to Harvard University’s racial preferences during college admissions in a case with profound implications for the woke culture in academia and even corporate America.

In its Monday list of orders, the justices asked Acting Solicitor General Elizabeth Prelogar — the U.S. government’s top Supreme Court lawyer — to weigh in on if the Court should hear the case.

The solicitor general is expected to respond within 30 days. If the Court takes the case and rules in favor of the petitioners, Students for Fair Admissions, then every recipient of federal tax dollars may be required to either end their racial preferences, or to give up all their federal dollars completely.

Many private companies and organizations — not just universities — are dependent upon federal dollars, meaning that Supreme Court siding with the plaintiffs in this case this would be a tectonic shift in racial dynamics in America.

The questions presented in the case include if the Supreme Court should overrule the 2003 case that allowed public universities to continue racial preferences, Grutter v. Bollinger, and hold that institutions of higher education cannot use race as a factor in admissions.

In its introduction, the case makes references to previous cases that stated, “Our nation gave its word over and over again: it promised in every document of more than two centuries of history that all persons shall be treated Equally,” and that, “Our constitution is color-blind, and neither knows nor tolerates classes among citizens.”

The Court has also vindicated the promise of equality in Brown v. Board of Education, rejecting “‘any authority … to use race as a factor in affording educational opportunities.’”

Yet Grutter v. Bollinger “abandoned the principle of racial neutrality that Brown and Title VI vindicated,” lead counsel Will Consovoy wrote in the petition. “Grutter did so by improperly affording broad deference to university administrators to pursue a diversity interest that is far from compelling.”

“To this end, Grutter endorsed racial objectives that are amorphous and unmeasurable and thus incapable of narrow tailoring,” Consovoy added. “Unsurprisingly then, universities have used Grutter as a license to engage in outright racial balancing.”

But given Harvard’s flagrant violations of Title VI, it fails strict scrutiny even under Grutter. Harvard’s mistreatment of Asian-American applicants is appalling. Harvard penalizes them because, according to its admissions office, they lack leadership and confidence and are less likable and kind. This is reason enough to grant review. That Harvard engages in racial balancing and ignores race-neutral alternatives also proves that Harvard does not use race as a last resort. All of this makes intervention that much more urgent.

The case is Students for Fair Admissions, Inc. v. President and Fellows of Harvard College, No. 20-1199 in the Supreme Court of the United States.