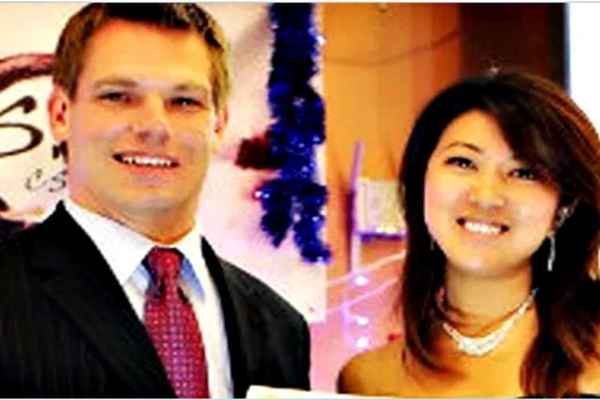 Swalwell, a member of the House Intelligence Committee, was one of the most vocal promoters of the Russia collusion hoax in the past several years.

The suspected Chinese spy is a Chinese national named “Fang Fang” or “Christine Fang,” who reportedly targeted “up-and-coming local politicians in the Bay Area and across the country who had the potential to make it big on the national stage.”

“Among the most significant targets of Fang’s efforts was Rep. Eric Swalwell,” Axios reported.

Fang gained access to these politicians through campaign fundraising, networking, personal charisma, and even “romantic or sexual relationships with at least two Midwestern mayors,” according to current and former U.S. intelligence officials and a former elected official.

Although U.S. officials do not believe Fang received or passed on classified information, the case “was a big deal, because there were some really, really sensitive people that were caught up” in the intelligence network, a current senior U.S. intelligence official told Axios.

Valuable but unclassified political intelligence information could have included their habits, preferences, schedules, social networks, and rumors. “Collecting such information is a key part of what foreign intelligence agencies do,” Axios reported.

According to Axios, Fang fundraised for Swalwell and even placed at least one intern in his office:

Federal Election Commission records don’t indicate Fang herself made donations, which are prohibited from foreign nationals. Fang helped place at least one intern in Swalwell’s office, according to those same two people, and interacted with Swalwell at multiple events over the course of several years.

A statement from Swalwell’s office provided to Axios said: ‘Rep. Swalwell, long ago, provided information about this person — whom he met more than eight years ago, and whom he hasn’t seen in nearly six years — to the FBI. To protect information that might be classified, he will not participate in your story.’

However, Axios reported that amid a widening investigation, federal investigators had become so alarmed by her behavior and activities that around 2015 they alerted Swalwell to their concerns via a defensive briefing, after which Swalwell immediately cut off all ties to Fang.

Fang left the country unexpectedly in mid-2015 amid the investigation, and she has not responded to multiple attempts to reach her by email and Facebook.

Axios reported that Fang’s ties to Swalwell began when he was a councilmember for Dublin City, California, between 2010 and 2012. Her earliest known engagement with Swalwell occurred through the Chinese Student Association, and by 2014, she had risen in local political circles and developed close ties to Swalwell’s office.

The operative said Fang facilitated the potential assignment of interns into Swalwell’s offices, and in at least one case, an intern recommended by Fang was placed into his D.C. office.

Swalwell had relied heavily on Asian American support for his 2012 race, a former congressional staffer from the East Bay.

Swalwell has not publicly commented on the report via Twitter, instead tweeting about other topics from his official and personal account.