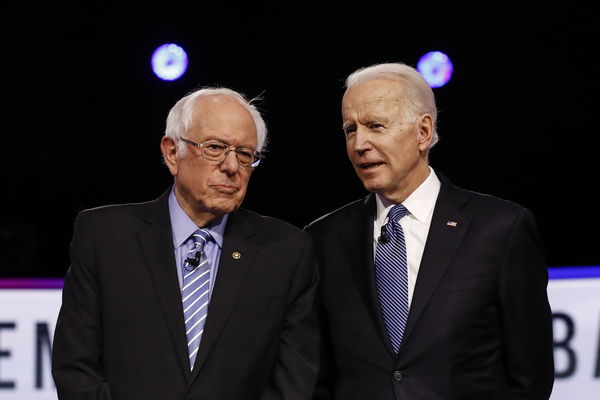 “We cannot reach out to Republicans indefinitely. If they choose not to come on board to help the American people now, we have the majority. We should use that majority,” Sanders said alongside a clip of his recent appearance on Late Night with Seth Meyers, in which the Vermont senator reiterated the same sentiment.

“Look I think we should do our best to reach out to Republicans, who represent communities that were suffering terribly in terms of unemployment, lack of health care, and other very serious problems. But I don’t think our reaching out should go on indefinitely,” Sanders explained.

“If they chose not to come on board” with the left’s agenda items, Sanders said, Democrats should use their majority status to enact change regardless of the GOP’s support.

“Now I’m going to be chairman of the Budget Committee which handles what we call reconciliation and that as the Senate process by which you can pass, not all kinds of legislation, but a whole lot of very important legislation with a majority vote, not 60 votes,” he continued.

Sanders’ remarks come as Sen. Chuck Schumer (D-NY), who this week became the Senate majority leader, outlined three top agenda items for the Senate, which include confirming President Biden’s cabinet officials, providing coronavirus relief, and holding an impeachment trial in the Senate, which is slated to begin the week of February 8.