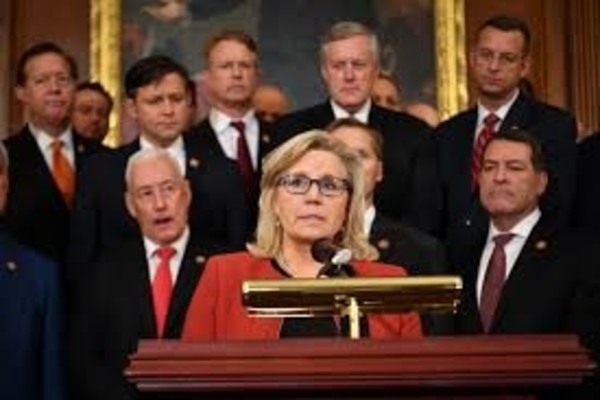 That charge was the basis of Trump’s second impeachment trial, where he was acquitted, partly because he specifically told the crowd at his rally to protest “peacefully and patriotically” and there was no evidence he had ever intended any violence.

Trump said: “We have come to demand that Congress do the right thing and only count the electors who have been lawfully slated, lawfully slated. I know that everyone here will soon be marching over to the Capitol building to peacefully and patriotically make your voices heard.”

The argument of the House impeachment managers had been that Trump provoked the violence in a general sense, by telling supporters that the election had been stolen and that they could stop its certification.

As the House impeachment resolution put it:

Shortly before the Joint Session commenced, President Trump, addressed a crowd at the Ellipse in Washington, DC. There, he reiterated false claims that “we won this election, and we won it by a landslide”. He also willfully made statements that, in context, encouraged—and foreseeably resulted in—lawless action at the Capitol, such as: “if you don’t fight like hell you’re not going to have a country anymore”. Thus incited by President Trump, members of the crowd he had addressed, in an attempt to, among other objectives, interfere with the Joint Session’s solemn constitutional duty to certify the results of the 2020 Presidential election, unlawfully breached and vandalized the Capitol, injured and killed law enforcement personnel, menaced Members of Congress, the Vice President, and Congressional personnel, and engaged in other violent, deadly, destructive, and seditious acts.

Trump’s defense lawyers pointed to the fact that Democrats had used similar “fight” language on a variety of occasions.

The January 6 Committee has implied that it has evidence that Trump knew beforehand of the violence that would erupt at the Capitol, but that evidence had not yet emerged as of the first hearing on Thursday evening.