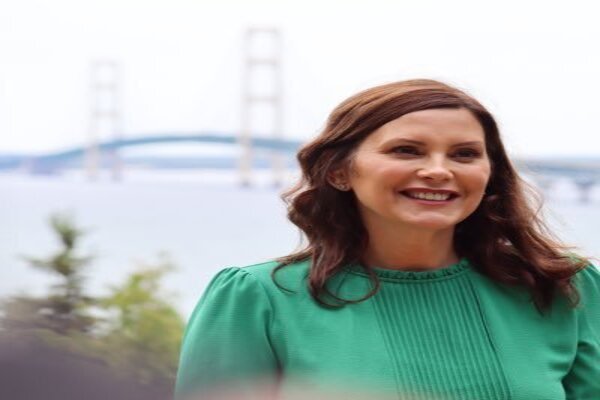 Before signing the $76 billion state budget, Whitmer cancelled a $2 million adoption tax credit, $10 million to promote adoption “as an alternative to abortion,” $3 million for a maternal navigator pilot program, and $700,000 for the Real Alternatives pregnancy program, which promotes “childbirth, alternatives to abortion, and grief counseling.”

Whitmer’s budget will, on the other hand, significantly grow state government by adding some 535 full-time positions to the public payroll, the Detroit Free Press reported, a whopping single-year increase of more than 1.3 percent.

A staunch supporter of Roe v. Wade and a right to abortion-on-demand, Whitmer said she is “pulling out all the stops” to enshrine abortion rights into Michigan state law, which helps explain her hostility to programs designed to offer women choices to abortion.

“For three and a half years, the threat of my veto is what has kept Michigan pro-choice, frankly, with the legislature that we have,” Whitmer declared in a July interview with Time magazine.

The Michigan governor said she had also spoken with the Biden Administration urging them “to talk with their Canadian counterparts” to insure that American women can procure abortions in Canada if they become unavailable in the U.S.

Following the U.S. Supreme Court’s reversal of Roe v. Wade in June, Whitmer filed a motion urging the Michigan Supreme Court to immediately consider her lawsuit asking the court to decide if Michigan’s state constitution protects the right to abortion.

“Today, I filed a motion urging the court to immediately take up my lawsuit to protect abortion in Michigan,” Whitmer said on June 24. “We need to clarify that under Michigan law, access to abortion is not only legal, but constitutionally protected. The urgency of the moment is clear—the Michigan court must act now.”

State Republicans reacted strongly to Whitmer’s line vetoes targeting pro-life initiatives, insisting that by doing so she was limiting women’s real-life choices, rather than expanding them.

Whitmer’s vetoes “support only one option for women in a crisis pregnancy — the deadly choice of abortion,”  said State Rep. Thomas Albert, chair of the House Appropriations Committee.

“It is shocking that the governor, and her far left political base, are now so extreme that helping pregnant women who might consider adoption instead is now a bridge too far,” Albert said.