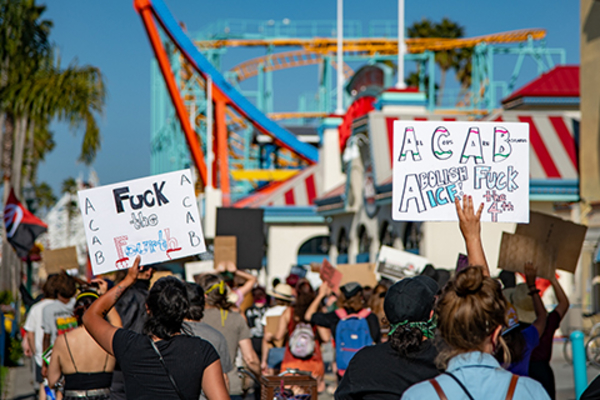 The event that was to be hosted by the Tucson Women’s March was advertised by the Pima County Democratic Party, Fox News reported Friday.

Juan Ciscomani, a Republican running for the United States Congress, shared a screenshot of the party’s tweet, writing, “THIS is who is supporting our opponents.”

“These are the crowds they run in. THIS is what we are up against. I love this country and THIS is why we need to win in November,” he continued:

Social media users were quick to reply, one person commenting, “This is so sad. Pima County Democrats should be ashamed. I say, God bless America and bless the patriots who have fought and died to keep us free.”

Another person called it “Disturbing.”

The Pima County Democratic Party later claimed the move was a “mistake” but still supported the event, according to the Fox report:

“PCDP posted a graphic advertising a women’s march which, we agree, was in poor taste. We were eager to share the event, and in our haste we used the graphic provided by the event organizer. That was a mistake, and we will do better,” the Pima County Democratic Party tweeted. “Make no mistake, however. We support the event which will be on July 4 at 7 pm at Reid Park. The event was organized to help women in our community grieve for the loss of their bodily autonomy, which we consider an elemental right.”

They also said that while the graphic “upset some people,” the outrage should be saved for “the women in this state who will die of botched abortions.”

The group appeared to reference the Supreme Court’s overruling of Roe v. Wade, which held in the Dobbs case that the Constitution did not provide a right to abortion, returning the issue back to the states, Breitbart News reported on June 24.